When is series 12 of Red Dwarf back on in the UK? 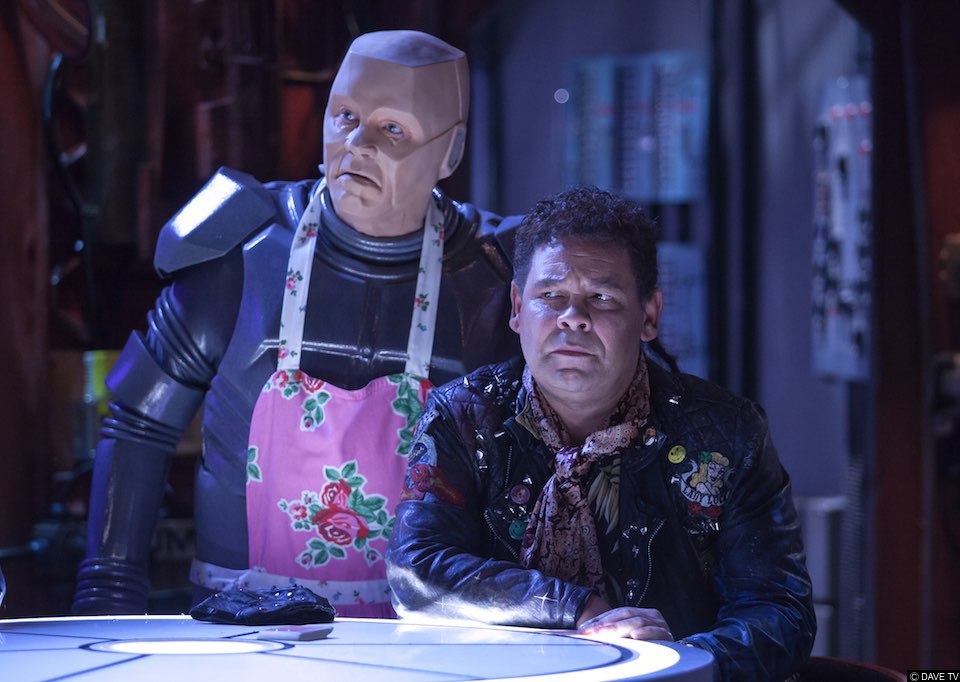 Red Dwarf is returning to Dave TV tonight in the UK. Here’s what you need to know about the new series starring Craig Charles, Chris Barrie, Danny John-Jules and Robert Llewellyn.

The brand new season of the cult classic, Red Dwarf returns to British TV screens tonight, on Dave with the original cast Chris Barrie, Craig Charles, Danny John-Jules and Robert Llewellyn all reunited for another series.

What is Red Dwarf about?

For  nearly 30 years, the sci-fi classic Red Dwarf has been delighting audiences around the world. So what is it about? All but one of the crew, Dave Lister, (who was in suspended animation) are killed by an onboard radiation leak aboard the mining ship Red Dwarf. Three million years later, when the radiation levels have returned to normal, the ship’s computer Holly reanimates the lone crew member who discovers that he is all alone on the giant mining ship, except for a humanoid cat who evolved from Lister’s pregnant cat, a hologram of a former roommate and a service-bot Kryten.

So what happens in Season 12?

Speaking to THEGAYUK.com the series creator, Doug Naylor said that although lots of information had already leaked about the 12th series, however the very last episode is his favourite. The last episode; called Skipper, has been much talked about as it sees the return of the original ships computer Holly as played by Norman Lovett and Arnold Rimmer appears to be time travelling to the setting of the first series.

The series has six episodes in it and explores what would happen if evil was curable.

Will there be a 13th series?

Naylor revealed to THEGAYUK that “everyone” wants to do another series- saying, “Everyone wants to do more and by everyone, I don’t mean just me and the cast”.

Where can I watch Red Dwarf?

Red Dwarf is available to watch in the UK on the digital channel Dave at 9 PM.