Woman who pretended to be a young boy to groom young teenage girls, jailed 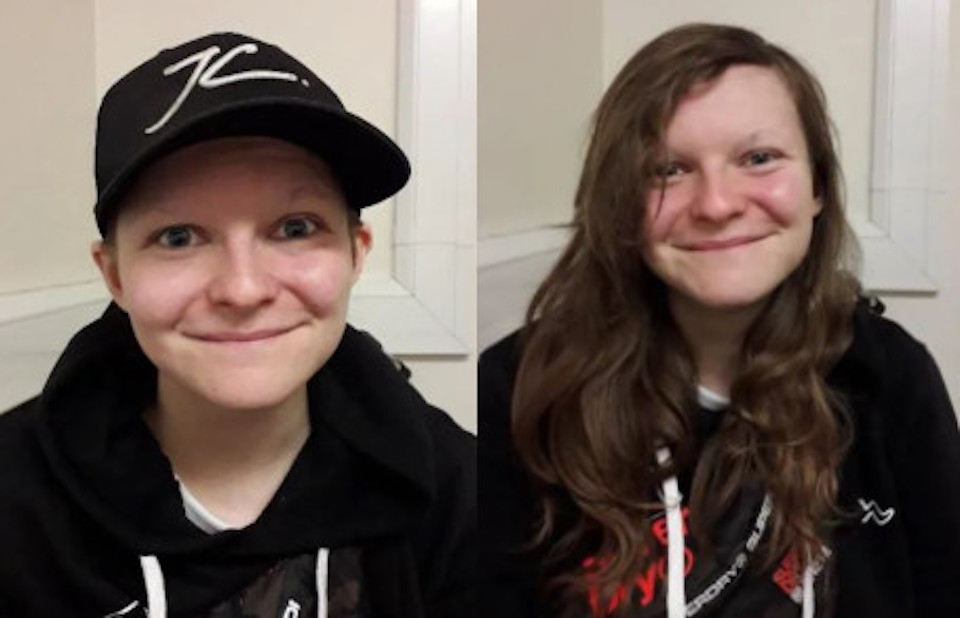 Gemma Watts has been jailed for eight years after being sentenced at Winchester Crown Court.

A deceitful woman who pretended to be a young boy online so she could groom young teenage girls from around the country has been jailed.

Gemma Watts, 21 (18.09.98) from Pembroke Avenue, Enfield has been sentenced at Winchester Crown Court to eight years’ imprisonment after pleading guilty at the same court on 28 November 2019 to:

Watts was placed on the Sex Offenders Register for life and was made subject to a life-long Sexual Harm Prevention Order.

Detective Constable Phillipa Kenwright, who was the Met’s Safeguarding Lead for the case, said , “In this particular case, Watts targeted her young victims on social media platforms and duped them into believing they were entering into a relationship with someone whom they could trust.

“She then went on to form physical relationships in which she spun a web of lies and deceit, giving her the opportunity to commit sexual offences.

“Her arrest, and now lengthy prison sentence, has prevented her from targeting further victims, but I hope that it also gives reassurance to other victims of sexual exploitation that offenders will be brought to justice. I encourage them to come forward and speak to us.

“I am delighted with the sentence that the Judge has passed today and hope it acts as a warning to others intent on exploiting and manipulating children online, that they will be dealt with robustly.”

Following a joint operation by the Met and Hampshire Constabulary, it was established that Watts had spun a bizarre and elaborate web of deception by inventing a fictional alias ‘Jake Watton’. She used this profile to groom teenage girls she met through social media sites and then sexually assault them.

Watts contacted her victims through social messaging apps, Facebook, Snapchat, Yubo and Instagram, under the alias of 16-year-old Jake Waton or Jake Watton.

Watts exchanged messages with her victims, obtaining their trust before meeting them and committing a number of serious sexual offences.

Hampshire Police contacted officers from the Met’s Central Specialist Crime unit informing them an investigation had been launched after receiving reports from a medical professional that a 14-year-old girl (victim 1) had reported being sexually assaulted by her boyfriend ’Jake Waton’ in April 2018.

The investigation showed that ‘Jake Waton’ was actually an adult female called Gemma Watts. Further research by officers identified another two victims, both under 18, (victim 2 and victim 3) who also reported being groomed and sexually assaulted by Watts under her alias.

Officers executed a search warrant at Watts’ home address in July 2018 and arrested her for a number of serious sexual offences.

During interview, she admitted to grooming the victims whilst pretending to be ‘Jake Waton’ and partially admitted a number of the assaults. Watts was bailed to allow further enquiries to be completed.

It was later established that she continued to groom young females whilst on police bail and was re-arrested in October 2018 in West Midlands when she was found with a 15-year-old missing girl (victim 4). The victim reported to officers that she had been sexually assaulted by Watts.

In November 2018, officers from the Met obtained an interim Sexual Risk Order from Stratford Magistrates’ Court which allowed Watts to be closely monitored by officers to prevent her from re-offending until charges were authorised by the Crown Prosecution Service (CPS) in Hampshire. A final Sexual Risk Order was obtained on 2 May 2019 and Watts was charged on 12 September 2019.

PC Nicola Benson, from Hampshire Constabulary’s Missing and Exploited Team, said , “The level of manipulation and deceit used by Watts to snare her victims, in this case, was truly shocking. Children are particularly vulnerable to exploitation online with increased use of social media apps, and there is a real risk that any contact with a stranger online can lead to a child meeting an offender in person.

“This case demonstrates the stark reality of that, and it is astonishing the lengths that Watts went to, to ensure she could abuse these girls.

“I am pleased that Watts has now received a custodial sentence, and I would like to commend the bravery of the girls and their families who found the courage to come forward and make this happen. I want them to know that they are not in any way to blame for this, and hope they can now move on from this ordeal.

“I would also like to thank officers from West Midlands Police, Devon & Cornwall Police, Kent Police and the Metropolitan Police for their involvement in this complex and lengthy investigation.”

For more information about how to keep young people safe online, go to https://safe.met.police.uk/index.html

Anyone who has any information that could help lead to an arrest, or protect a child from online abuse, is asked to call 999. Alternatively, they should contact the NSPCC or Internet Watch Foundation (https://www.iwf.org.uk/).

Detective Inspector Mark Rogers, from the Met, added, “Thankfully, these type of crimes are rare. However, it is important that parents, guardians and everyone who works with young people takes an interest in what children are doing on the internet and educates them about the risks associated with using social media.

“The internet is a fantastic resource enabling young people to socialise and learn. Unfortunately, it can also be used by predatory offenders to target children. We will robustly investigate any child sex offences committed online, and I would urge any young person who has experienced unsolicited contact to report it to police.”

PC Maria Carrick, Hampshire Constabulary’s Education and Youth Engagement Coordinator, said ,“Young people are vulnerable to exploitation online, and in serious and worrying cases, adults pose as young people to groom and exploit them into engaging in sexual activity online, or trick them into meeting with the intention of physically causing sexual harm.

“This is what makes prevention so important and why we continue to actively work with young people, schools, parents and youth partners in a joined up approach to educate whole communities about the risks children face online, and the impact this can have on them and their families.

“We encourage parents and teachers not to be afraid to talk to children about their activities on social media and explain the importance of privacy, and thinking before uploading content online to help prevent them from becoming victims or perpetrators. This is key to developing young people’s trust and confidence to talk to you, someone else they trust or to report if they’re concerned about inappropriate contact they’ve had online.”