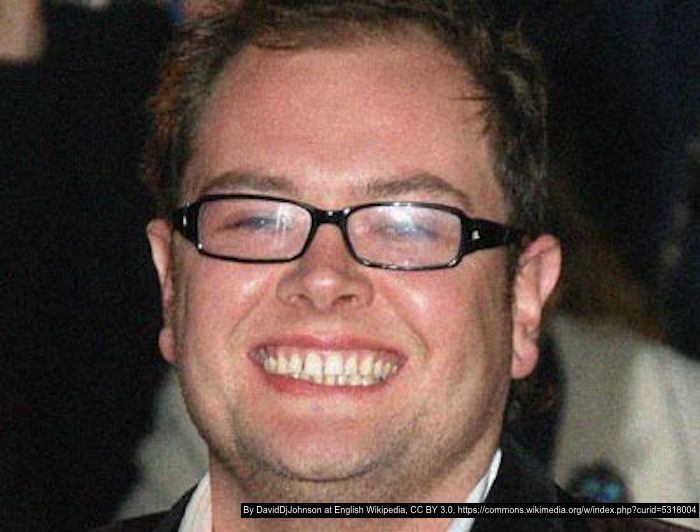 British comedian Alan Carr has just showcased his brand new look and he looks totally different. Many of his fans took to his Instagram profile to remark on how different the presenter looked, with some even going so far as to say the star looked “butch” whilst others questioned him on whether he had lost his job or had become homeless.

I think being a hipster suits me 😂😬😎

Alan remarked, that he thought the hipster look, complete with beard and moustache suited him.

The 41-year-old entertainer posed in a black gown, captioning the unexpected pic: “I think being a hipster suits me 😂😬😎”

Some of his fans weren’t so sure about the look, with many demanding that he shave off the beard and return to his more usual baby-faced grooming.