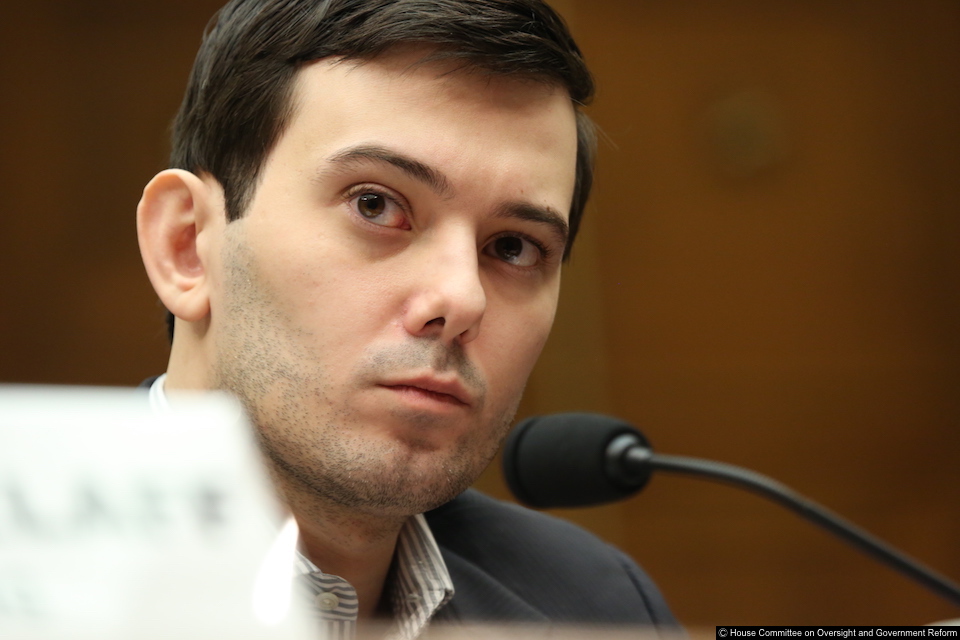 Martin Shkreli has been jailed, after asking fans for a strand of Hillary Clinton’s hair.

Pharma Bro Martin Shkreli has been jailed after a US judge revoked his bail. The businessman who was convicted of securities fraud last month for mismanaging two investment funds was out on a $5 million bail, whilst awaiting sentencing, but a judge ruled that his request for a strand of the former Presidential candidate, Hillary Clinton was bail breaking.

Shkreli is notorious in the US for jacking up the price of an HIV medication from $13.50 to $750 overnight in 2015 when he ran Turing Pharmaceuticals.

Shkreli was questioned by US District Judge Kiyo Matsumoto over a Facebook post he published in which he asked for a strand of Clinton’s hair during her book tour, and would award anyone who managed to secure the hair with $5000.

His lawyer Benjamin Brafman argued that the post was “poor judgment” and insisted that his client “never intended to cause alarm or promote any act of violence whatsoever.”

The Judge disagreed and revoked bail and he was remanded to a detention facility saying, “The fact that he continues to remain unaware of the inappropriateness of his actions or words demonstrate to me he may well be an ongoing danger or risk to the community”.

He will remain there until his sentencing hearing, slated for 16th January 2018.