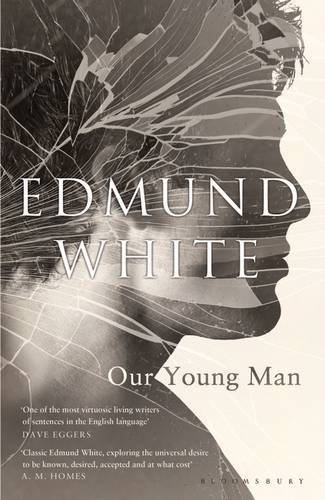 Edmund White has been the grand chronicler of the lives of gay men since the early 1970s. His seminal work ‘A Boy’s Own Story’ is a literary classic that is essential reading for every gay man or indeed everyone who can turn a page. ★★★★ His works also include autobiographical accounts and memoirs, literary biographies and essays. Following his highly acclaimed last novel ‘Jack Holmes and His Friend’, White has once again presented a work of finely written fiction.

White has written candidly and openly about his own H.I.V. positive status and H.I.V. features largely in this period study of a slice of gay history. Moving from the disco era through to the age of A.I.D.S., White describes a devastating time with compassion and style but also a dark sense of humour. The story is told through the depiction of an obscenely beautiful male protagonist. Leaving behind humble beginnings in rural France, Guy is the epitome of 1980s style, working as a model in New York City. Decades slip by and Guy remains beautiful, never ravaged by time.

The story feels languid at times and occasionally lacks the pace of “Jack Holmes and His Friend” but reading White’s prose and relishing his delicious characterisation is joyful indulgence. The book is a meditation on the nature of beauty and physical attractiveness and also the effect it has on others as well as the bearer of the occasionally surprisingly onerous gift. Guy’s companions are linked together by their fascination with his allure and his ability to embrace any role that they want to project onto him. There’s a cast of well-drawn supporting characters ranging from a masochistic Baron through to guy’s young all American lover. More than just a meditation on themes; this is a compassionate and warm novel that feels like it sheds light on the human condition.

White is one of the most important contemporary American writers alive today. A new novel by him should almost be marked by a national holiday.