Brewdog released an equality beer and called it PINK IPA, it did not go down well 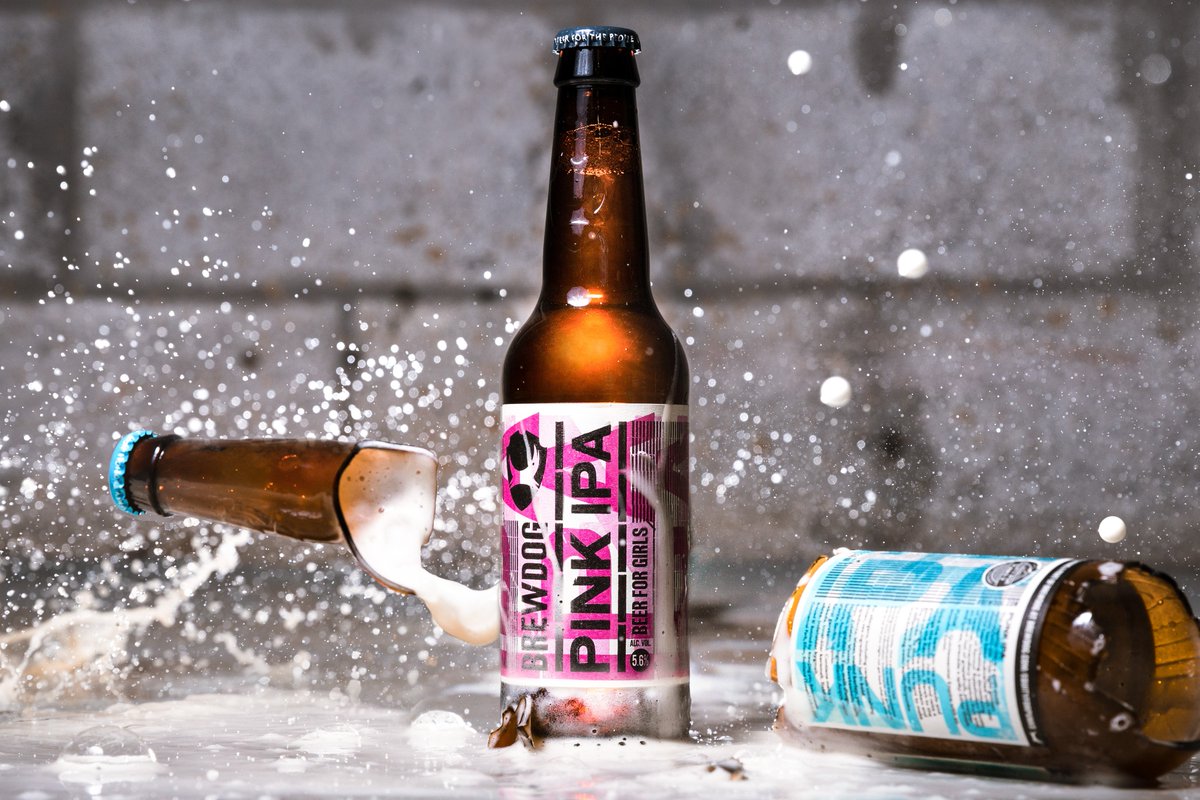 Gawd loves a trier, but perhaps the marketers at Brewdog should have sat a little longer around that Flipboard.

Today, Brewdog released a new beer and called it, Pink IPA. On Twitter, they wrote, “This is not “beer for girls”. This is beer for equality. Pink IPA has landed.”

Yes, this is exactly what equality needs Pink Beer. I mean look – the Pink bottle is smashing the Blue bottle in half in the promo pic… This beer means business.

Brewdog’s marketing statement read, “we have always believed that beer is for everyone, and equality is a fundamental right. So today we are launching a clarion call to end the discrimination of gender pay inequality. In the UK men earn on average 20% more than women. And that’s not ok.

“So ahead of International Women’s Day this Thursday, we are launching Pink IPA. A beer for women. A beer for equality,

“…. What’s more, people who identify as female will be able to pick up Pink IPA in any BrewDog bar for 20% less. The beer will launch in our bars this Thursday 8th March to coincide with International Women’s Day”.

Oh, btw they say that the name, Beer for Girls is satirical and their aim is to expose sexist marketing to women.

So you know, they made the label pink.

Now, wait, remember Brewdog once made a “trans” beer, which was called “No Label” and they made a “Protest Beer” against the homophobia in Russia.? Where are they now? Nowhere.

This beer will be available for 4 weeks only and 20 percent of the proceeds will be “donated to charities that fight inequality and support women”.

In another astoundingly awful faux-postmodern Bad Take™, @BrewDogUSA / @BrewDog are releasing a pink 340ml can with the bold print / logo ‘PINK IPA’ BEER FOR GIRLS on International Women’s Day. A thread.

jesus christ that pink IPA advertising is shocking . If a girl wants to drink a beer let her fuckin drink a beer, without trying to force the fact it has to be girly enough to do so which somehow correlates to pink? I hate pink

Does anyone else just roll their eyes at Brewdog? https://t.co/v6Y6Y76otk

“Would you like some Pink IPA to wash down those Doritos For Ladies?” pic.twitter.com/1Da82lk6pD

FFS, this whole article is about how they haven’t gone down the lazy route of marketing for women. But you’ve called it “Pink IPA” so that kind of ruins that point. Just donate proceeds from the normal range rather than thinking females need something to be pink to buy it. https://t.co/4zxD8GRrk6

The Brewdog Pink IPA thing is a boardroom idea that should have stayed in the boardroom. It might work with a group of friends/acolytes who “really” know that you aren’t sexist dipshits, but outside of that circle… nah.

Pink IPA. ?‍♂️ Fuck me. How many rounds of marketing meetings do you need to go through before you realise this is utter BS? Gendered colours are a human construct. This only serves to reinforce stereotypes that blue = boys and pink = girls. https://t.co/1ZFC1H1BGL

Finally, with the release of pink IPA I have finally grown a mouth and a digestive system so I am able to consume beer just like all the men in my life!!! https://t.co/xaibdZvNa1

All the good intentions behind Brewdog's Pink IPA mean very little once they actually put the product out there. Make the charitable donations, make drinks cheaper for women, do all that. But ironic sexist branding still looks like normal sexist branding.