COMMENT | They weren’t voting for a trans woman, they were voting for Sophie Cook 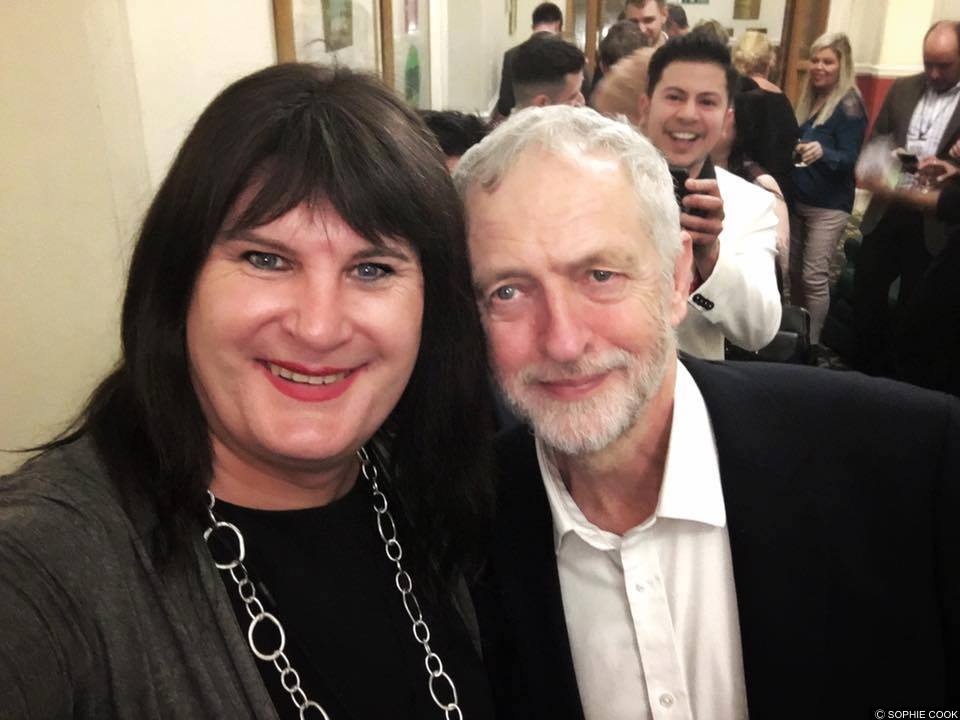 As I stood on stage, a room full of expectant people looking up at me I was totally focused on the next words that I would hear.

In the space of five short weeks, we’d achieved the seemingly impossible, taking a previously safe Tory seat and making it a marginal, increasing the Labour vote by 114% with one of the biggest swings in the country at 19.8 percent.

At the start of the general election campaign, no one gave the Labour Party a chance, both nationally and here in East Worthing & Shoreham.

The constituency had always been blue and the Tory incumbent, Tim Loughton, had been the MP for 20 years.

He felt safe and secure that no one could ever challenge him, and I’m sure that the selection of a little-known transgender TV presenter as the Labour candidate only added to the feeling that he would increase his 15,000 majority.

My selection caused a few waves, I was told that ‘this isn’t Brighton’ and that the people of the constituency wouldn’t warm to a transgender candidate.

The press gave my campaign some coverage and despite being one of nine transgender candidates I was the one that got the most attention due to my profile from working in football and TV.

Being transgender and in the public eye, I was already used to abuse, both online and in the real world. I’d been trolled by various groups including receiving death threats on Twitter and as I stepped into the political arena I was bracing myself for a renewed onslaught of hatred.

But then something unexpected happened.

Instead of the abuse, I was greeted with love and support, sure there were still a few transphobic remarks online but nothing like I’d experienced previously.

I’d heard first-hand accounts of trans people moving out of the constituency because of abuse and yet, when I started to talk to people, they responded with warmth and openness.

My gender identity that had hit the headlines around the world seemed to mean nothing to the constituents that I met, it was never mentioned on the doorsteps, the street stalls or the hustings. The only people that made it an issue were the press, not the voters. They listened to the policies, my ideas, passion and belief and they embraced me.

On June 8 nearly 21,000 of them chose to put their mark next to my name on the ballot paper.

for a trans woman,

We now have the most diverse parliament ever with 45 LGB MPs, I missed out on adding a T to that by 5000 votes.

We need transgender politicians, after all, everyone in society needs to feel represented. But the main reason why I believe that the time is right for a trans-MP has nothing to do with equality or diversity, it’s down to the constituents who put their faith in me to represent them, regardless of my gender identity.

Since the election, I’ve spoken to hundreds of people who said that I’ve given them hope for the first time.

That feeling goes both ways, they saw that there is more that unites us than separates us, they saw a person rather than a label, and they too gave me hope for a brighter tomorrow.

The first transgender newscaster on European terrestrial TV for Brighton’s Latest TV, Sophie is now the head of Latest LGBT+ TV, the UK’s 1st terrestrial LGBT TV channel. She is also the host of ‘Beyond The Rainbow’, a weekly LGBT news and chat show and is working on a number of exciting TV projects.

The 1st trans woman to work in the Premier League as club photographer for AFC Bournemouth, she is an ambassador for Kick It Out and patron of Just A Ball Game? and has spoken at Wembley Stadium and the TUC.

Sophie is also a Hate Crime ambassador for Sussex Police. Sophie regularly speaks at conferences about LGBT issues and consults with a number of major companies about inclusion and diversity.