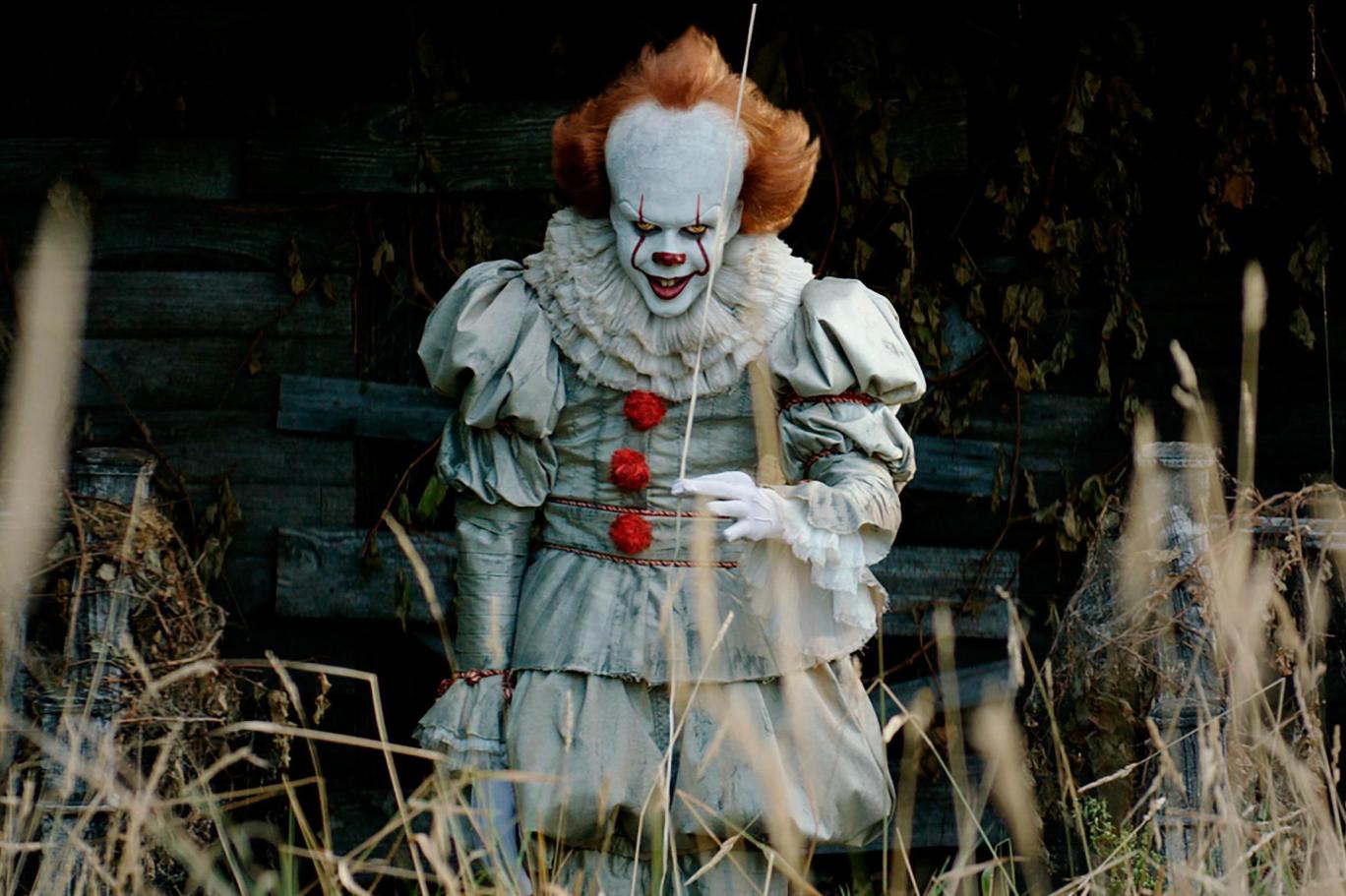 IT – The big horror movie of the year is here as we welcome back Stephen King‘s homicidal shapeshifting sewer dwelling killer clown so what does this mean for the larger world of scary movies?

Nutshell – From the original 80’s blockbuster book through the very popular two-part TV series in 1990, our favourite grinning red helium balloon fan is once again crawling out of the gutter to terrorise a new raft of dysfunctional kids. Set in classic small-town Stephen King’s Ville, this hugely anticipated thrill-fest sees the youngsters slowly work out why their town is the world’s hotspot for missing kids and decide that Pennywise needs to have that fu*king smile wiped off his smug face once and for all.

Running Time – 135 minutes; That is the longest butt-numbing horror film we can ever remember.

Tagline – ‘You’ll Float Too” & “It Comes In Many Forms” is the best they could come up with really?

THEGAYUK Factor – All the heroes are kids and the villain is a murdering bugger so unless you jerk off to clowns playing with balloons then save the man gravy for the muscle studs in the upcoming Kingsman, Thor, Jumanji and Bladerunner.

Cast – Bill Skarsgard plays Pennywise and his most famous appearance to date is in the unsuccessful Atomic Blonde. Everyone else are newbies – this is not a star vehicle as the book and concept take that role, that will change with the adult sequels.

Key Player – Stephen King probably the world’s most famous writer, whose books have been turned into classics like The Shining, The Green Mile and Stand By Me but just as many right wank rags such as The Mangler and The Dark Tower which make us shudder for all the wrong reasons.

Budget – $35 Million and so far it has made back a whopping $189 Million and climbing, parts 2 and 3 are already in the works expect that budget to start going way up and returns to fall as severe disappointment kicks in.

Best Bit – 0.07 mins; The keynote scene of a young lad losing a toy boat down a large water drain and coming face to face with the never-blinking clown of everyone’s nightmares and then it gets really nasty.

Worst Bit – 1.45 mins; Basically anything in the last third is not brilliant and sometimes laughable. Nothing is quite as scary as that opening scene and as the CGI takes over and the baddie turns up everywhere and in every shape, this becomes as realistic as a steroided muscle mary’s stuffed jockstrap – this could have been so much better.

Little Secret – Bill Skarsgard was on set for the whole 32 week schedule but did not go in front of the cameras until the 18th week. Yes the clown is in it that little! This is the original story where the kids’ “The Losers Club” face Pennywise for the first time, they then have to face him again as adults hence the first sequel due 2019. Jessica Chastain is up for one of the parts and they also want sex gods Chris Pratt and Jake Gyllenhaal too.

Further Viewing – The Shining, Thinner, The Green Mile, Pet Semetaries 1 & 2, The Stand, Carrie, Christine, Children Of The Corn, The Mist, The Running Man; basically any of the 43 King adaptations you can find but maybe not that last Arnie one.

Any Good – This is so similar to the original film and book that the first question is why bother and no Tim Curry this time. Its problem is that it is just not scary and so very very long. It was truly anticipated and the box office should lead to a wealth of new big-budget horrors next year and beyond and not just the cheapie Saw, Purge, Paranormal & killer dolls we have had to suffer lately. Just expect huge diminishing returns and disappointment to this franchise.