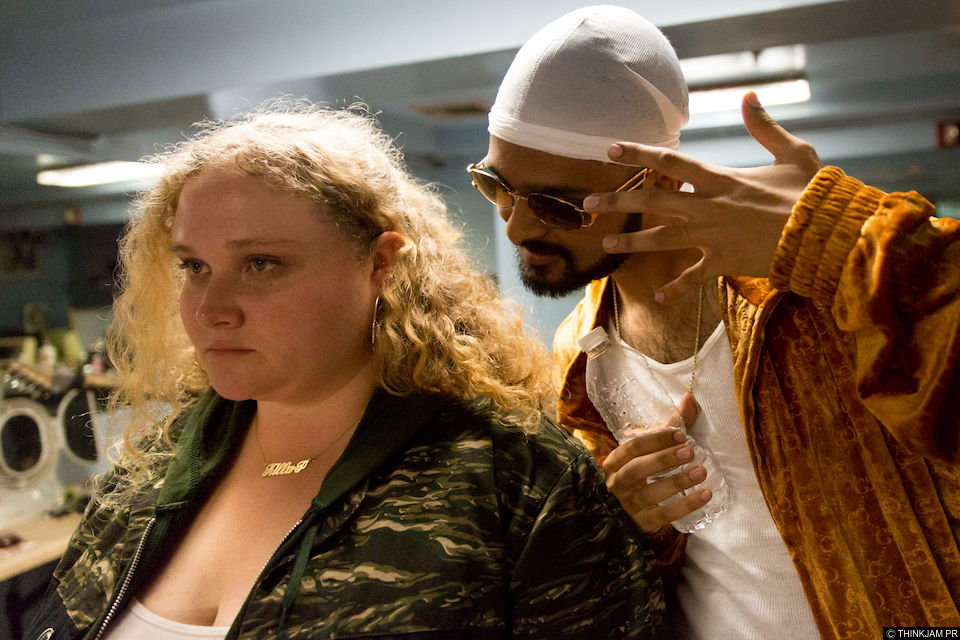 Can a white overweight girl from New Jersey become a rap star? You bet – and her name is “Patti Cake$”.

Danielle Macdonald plays Patricia Dombrowski, an unemployed 23-year-old who has been given the nickname ‘dumbo’ by her contemporaries.

There’s very little opportunity for her; she’s been fired from her most recent job, her mum is an alcoholic, her grandmother is confined to a wheelchair, and she’s a dreamer about hitting the big time. But when she gets together with her friends, including pharmacist Jheri (Siddarth Dhananjay), she’s no longer just plain Patricia, she’s Patti Cake$.

When an opportunity arises for them to enter a rap contest, Patti has doubts, not only because the competition will be fierce, but also because she lacks the confidence which she never got from her own mother (Bridget Everett), who is always trying to show her up. But where there’s a will there’s a way, and Patti and her gang (now called PBNJ) must prove that they’ve got what it takes. And this makes Patti Cake$ a sweet and engrossing tale of a misfit girl who can and will make it.

Australian Danielle Macdonald is superb as Patti Cake$. She nails it as the rough around the edges but very soft to the core Patti who will have the audience in her corner. Everett also has a showy role as Patti’s mother, always trying to look good for potential male suitors. New Jersey native and music video director Geremy Jasper showcases the real New Jersey in this film and brings us a sweet tale of a girl who has larger than life dreams and tries to make them happen.