Finally suspended from Twitter, Lucian Piane is off the platform 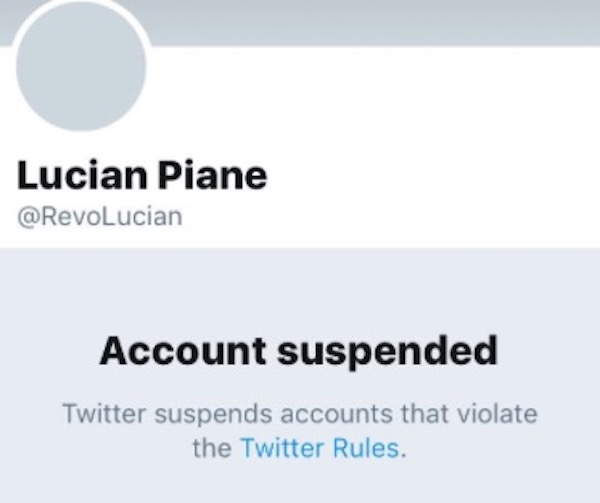 A user called Lois complain to Twitter about Lucian Piane‘s offensive and erratic Tweets. She received notification from the team on Twitter who said that Lucian’s account had violated their community guidelines.

She said, “So now I guess I’m the girl that got Lucian Piane suspended from Twitter,” she tweeted.

Lucian’s twitter account has tweeted a series of offensive messages and he apologised earlier in the year saying that he was in a “marijuana psychosis” – according to UCLA doctors. He claims he consumed 800mg of cannabis edibles in 48 hour period. He called the experience “eye-opening” and “enlighting”.

The songwriter’s tweets descended further and further into chaos. At one point he made claims about the Obamas and Clintons. He also claimed that Barack Obama was gay and his own body and nearly everyone on earth was infected with brain-controlling parasites.

He also uploaded a picture of his penis.

The messages published on his account caused much concern and many fans feared for his mental health.

His suspension follows other high profile LGBT folk, who have also been suspended including, Milo, Azealia and Tila Tequila