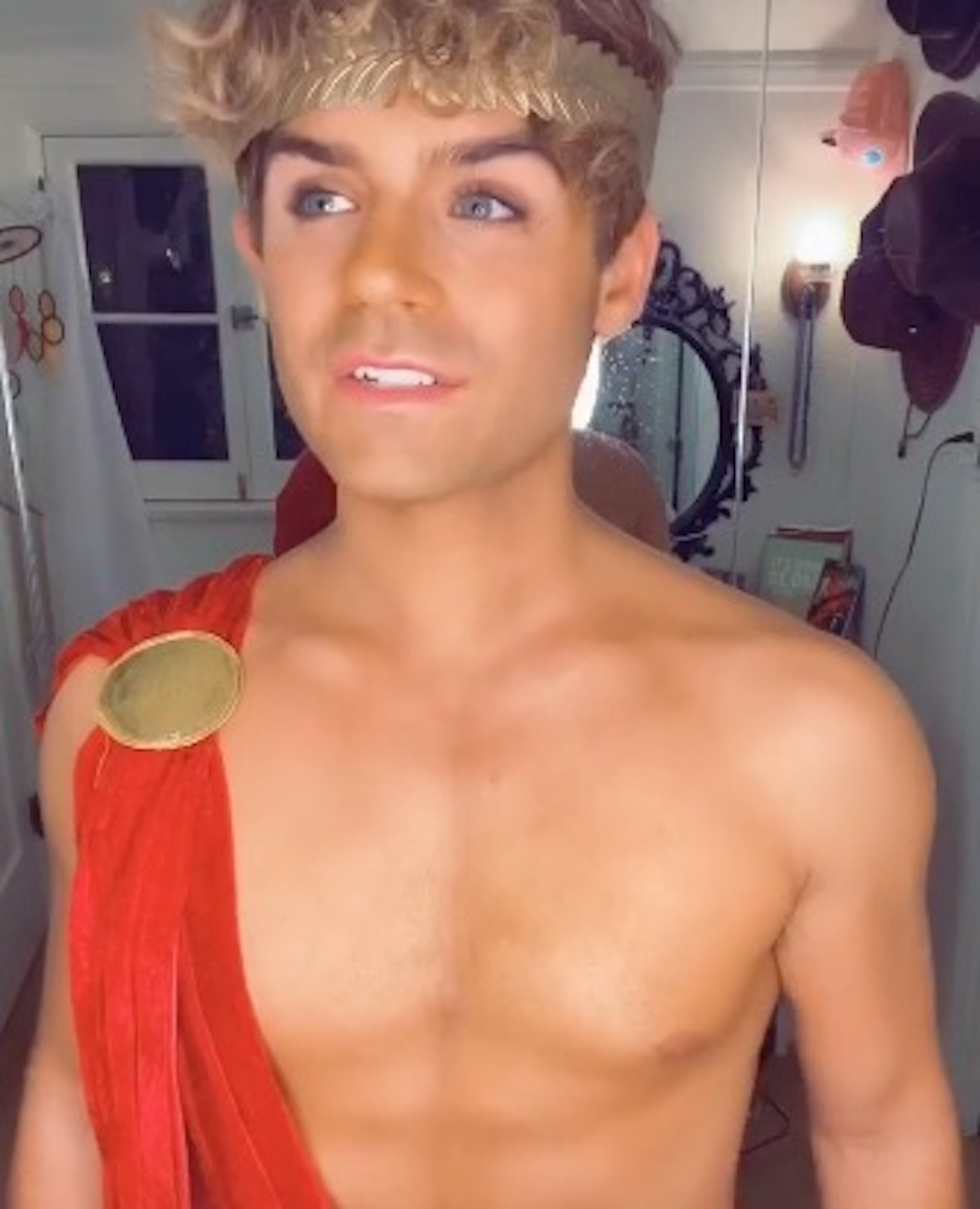 Film star Garrett Clayton has excited his fans with his Halloween costume for 2020. The King Cobra star showcased his best Hercules outfit and managed to show off a fair bit of skin, which of course fans were very grateful to see.

In the video, posted to Instagram, the star mimed to the hit “Go The Distance” which is from the film Hercules.

He captioned the cheeky picture “Is @disneystudios still accepting applications for Young Hercules? “

Disney announced that the 1997 Hercules, which is loosely based on the son of the Roman god, Jupiter, is due for a live-action remake and we think that Garrett would be perfect for the role, of young Hercules, despite being 29, although we may need to check his shoe size… just look at those feet

Fans were very appreciative of the costume, with one exclaiming “got my vote” while another added, “you’re literally perfect”.