Longtime LGBT Ally and supporter Ben Cohen has been blasted by some on social media as a “bully” after he blasted an Uber driver for being “horrible” and rude. 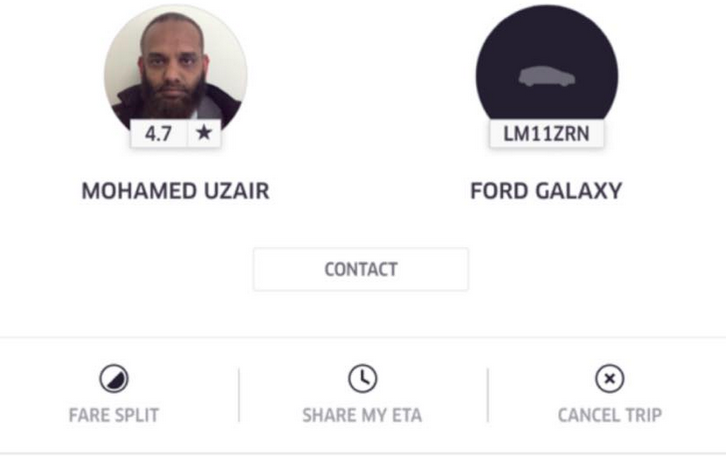 The rugby star has been criticised by some fans after he posted a message and photo on his facebook profile of Mohamed Uzair, an Uber driver who he claims “is the most horrible & rudest man”.

He then questioned why the man was working for the app based taxi firm. Uber works via an app by which users can order cars that are closest to them.

Ben has remained tight lipped about exactly what went wrong with the driver. The post on Facebook has now been liked by over 358 people and shared 23 times.

One Facebook member, Neil Rogers, accused Mr. Cohen of making an mistake in posting the message in front of hundreds of thousands of people. He wrote,

“I don’t think you should be putting this up on your page in front of 361k people. That could be considered bullying.”

Whilst another, Bobby Long, wrote:

“Ben, please don’t use your status for this, he won’t have a nice time with any of your fans who recognise him, he maybe rude, but he will become worse after this.”

“Ben, that is a shame to use your influence to bully people who are rude to you.”

The firm’s drivers have received their fair share of criticism in the past. In January a gay couple said they were kicked out of an Uber taxi for kissing and cuddling.

In May an Uber driver told Neil Shah and his friend “no gays allowed” when they started kissing. The driver has since been suspended pending an “internal investigation” by the US based firm.

In Oklahoma, USA, the transport bill was re-written by Republican Senator Jason Smalley in April to allow drivers to discriminate against LGBT users. However Uber have made it clear that their policy is not to allow discrimination in any form.

Breaking this policy will result in the removal from the app platform.