Guess who this little angel is 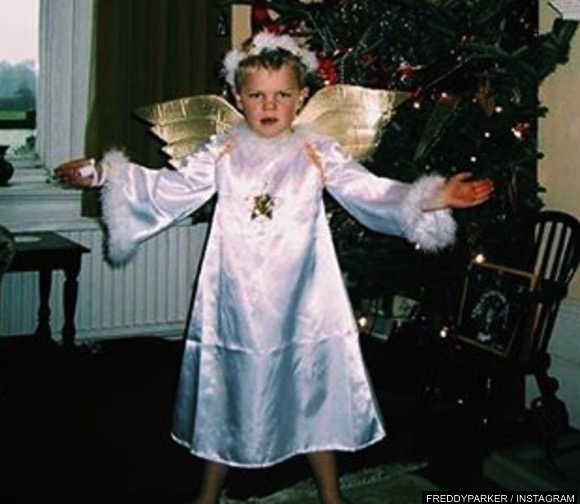 Ahhh… We love a throwback…

Freddy Parker has shared the most adorable throwback picture, of him – as an angel. The former X Factor star looks so incredibly angelic in this picture he shared with his fans on Christmas eve.

Following lots of speculation that Freddy and the show’s eventual winner, Matt Terry were in a romantic relationship – a rumour that was denied by Matt following his victory, the pair has now moved in with each other. Earlier in the month,  The Sun Online revealed that the musical buds had been on the hunt for a house share.

A source told The Sun, that Matt wasn’t shy about letting people know that he was moving in with his best mate and despite the romance rumours he didn’t see the big deal.

My brother. You did it ❤️

So now they’ve found a place together and Freddy wasted no time in telling his fans that he was finally moving out of his parent’s house!

Moving out today after nearly 19 years at home ah!!

Let us know when the house warming is!

In other news Matt Terry failed to achieve the Christmas number 1 slot, however, he did marginally better than the show’s previous winner Louisa Johnson, who scrape into the top 10 with her winner’s single at number 9. Matt managed to get to number 8 with his Ed Sheeran-penned “When Christmas Comes Around”. The single peaked at number 3 immediately after the show’s conclusion.