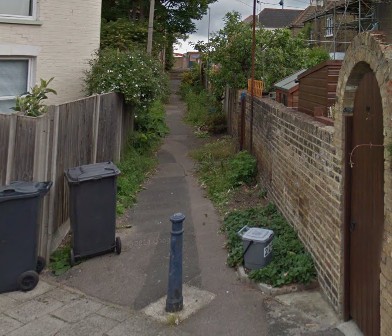 A man in Whitstable has spoken about the moment he says he was sprayed with a noxious liquid in what is being described as a homophobic attack.

Jimmy Sinclair, 58, has described the incident in which a noxious liquid was squirted over his face as “homophobic”.

He told the Canterbury Times that the liquid made it feel like his face was “peeling off”.

Mr Sinclair was walking in an alleyway near his home at 1:30PM on the 20th February, when he said the assault took place. He described a group of boys lining the alleyway and that one of the boys reportedly said, “this is just a taste of what you’re going to get”, before Mr. Sinclair said they squirted a burning liquid over his face.

Mr. Sinclair who performs as a drag queen, rushed home to wash off the liquid on his face and called 999. When paramedics arrived they instructed him to go straight to hospital.

Since the alleged attack, which Mr Sinclair believes could leave him scarred, he has described the incident as life changing.

“I’m just frightened to go out now. I can’t just pop out and go and see my friends like I used to.

“I can go out, but I’ve got eyes in the back of my head. I just do what I have got to do and get back home as quickly as possible, and I only use main roads where there are plenty of people about.

“I’m just so frightened that I am going to be attacked again.”

“It was definitely a homophobic hate crime without a shadow of a doubt.”

A 17-year-old boy was arrested on the 21st February on suspicion of assault and was bailed until March 21st.

Detectives dealing with the assault are asking anyone who has information about the incident to call 01843 222289, quoting reference ZY/5730/16.