INTERVIEW | Edwin Sykes: “I get to go have sex with beautiful men and get paid for it” 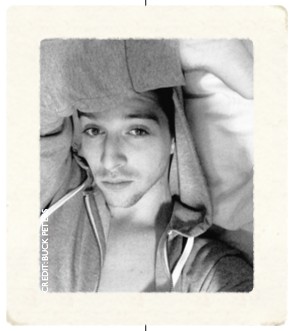 MP: Have you told your family? Have you told your friends?
ES: As far as my family go it’s not something I’ve shared. A few of my closest friends know. It was never really a big surprise for them as I’ve always had somewhat of an ego. I got a fairly positive reaction after explaining the reality of everything.

MP: Is it hard to find romantic partners as sex is such an intimate part of the human experience, how do you balance the act versus the deeper connection?
ES: I’ve always found it difficult to find romance on a level I’d like, but I’m a hopeless romantic at heart so romance in a relationship is quite important to me and I believe sex is one of the best ways of showing a connection, even in open relationships I find sex is more intense and fulfilling with your partner.

MP: Do you ever bottom? If so, how do you take care of yourself? Do bottoms really get paid more than tops?
ES: I would probably consider myself exclusively bottom now (thanks to a certain Ashton Bradley). Taking care of yourself can be quite a chore, but mainly I tend to just keep an eye on my diet, eating healthily definitely makes things a lot easier. And as far as bottoms getting paid more, it’s pretty much just a myth for the most of the industry, unfortunately.

MP: How much do you get paid?
ES All I’ll say it’s good money for a few hours of fun.

MP: How would you describe your sexuality?
ES Being crude… Gay as a bag of fairies, and I wouldn’t want it any other way.