He’s the voice of You’ve Been Framed, but what else do we know about the comedian? 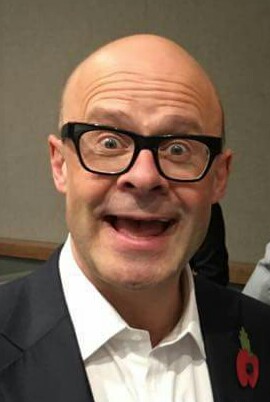 Harry Hill is probably most famous for his starchy white, high collared shirts and his trademark black blazer, but some people want to know whether the comedian is married. He’s starred in a number of TV shows, most notably, Harry Hill’s TV Burp and You’ve Been Framed, which he has been presenting since 2004.

As it turns out, Harry Hill is indeed married. He’s partnered with Magda Archer. The pair got hitched in 1996. Together they have three children, three daughters called Killy, Winifred and Frederica. All three daughters were born in London, in the borough of Kensington and Chelsea.

The couple married in Wandsworth in 1996. Magda is an artist.

No, Harry Hill isn’t gay nor has he ever publicly identified as bisexual. He is married to a woman called Magda Archer. They were wed in London in 1996 and together have three daughters.