Is there a future for gay saunas? An interview with Pleasuredrome 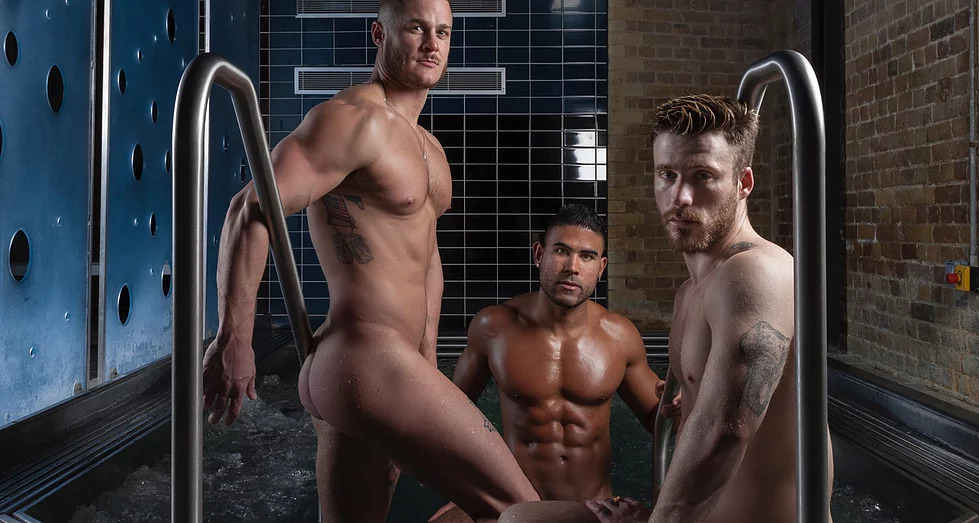 Joseph Mellors chats with Chris, the Brand Manager at London’s Pleasuredrome sauna, about the future of gay saunas.

Ah, good ol’ gay saunas. Whether you love them or loathe them, there’s something undeniably curious about them. I know that it sounds odd, but I describe myself as somewhat of a gay sauna geek. (I repeat, I know it sounds odd.) But the fact that they attract such an array of commentaries, makes them, well, intriguing.

This said, it is only natural that I have become interested in the widespread closure of gay saunas in recent years. Why so many saunas have closed, or are closing, is not an easy question to answer. It is argued that a whole host of economic and sociocultural reasons are at play. But generally speaking, increasing business rates and rents, and the proliferation of gay apps and websites, are cited as the main reasons.

This being the case, I am led to question whether or not there is future for gay saunas. To investigate, I interviewed Chris, the Brand Manager at London’s Pleasuredrome sauna.

“The one common reason [why people come] I would say, is that they want a real-world connection, which in this day and age … is increasingly harder to have, despite the apps and ease of hooking up.”

When questioned about the future of gay saunas, Chris said, “There will always be a need to escape the realities of the world to unwind and relax. In London, several saunas have closed down, but I suspect that this is more to do with rising rates and rent than popularity. At Pleasuredrome, we have never been busier! Hence why we are currently undergoing an expansion to increase the size by 50% at the end of this year.”

I then asked Chris about the tendency for saunas to be shunned as ‘sleazy’. He responded, “We find more and more of our customers come to Pleasuredrome to socialise and be in a safe gay space.

“Some want a massage. Some are not out yet and want to discover what it is like to be intimate with other gay men. Tourists, locals, young and older gay men all come.

“The one common reason [why people come] I would say, is that they want a real-world connection, which in this day and age … is increasingly harder to have, despite the apps and ease of hooking up.”

After this, we discussed some of the more negative critiques about gay saunas. “I am not sure how the closure of gay saunas is a positive sign. The closing down of any LGBT businesses due to gentrification, increased rents and rates, is harmful for the next generation, who may wish to explore their sexuality in a like-minded community.

“The less venues for them to access, the less chance they will have to do this. It is the same in publishing. If gay magazines like Attitude were to close down, the next generation would only have the mainstream press.

“It would be a sad day if LGBT venues, including gay saunas, were to disappear.”

“Whether or not the gay and bisexual community need to rally to sustain saunas is … hard to say because, ultimately, businesses will stay open when they have customers.”

Towards the end of the interview, I asked Chris whether or not the community should try to save gay saunas. He said, “Whether or not the gay and bisexual community need to rally to sustain saunas is … hard to say because, ultimately, businesses will stay open when they have customers. The same goes for gay bars, clubs, shops, and magazines.”

He added, “Lots of gay men are disenfranchised with dating apps and social media, and are going out, specifically to gay venues, more often.”

My interview with Chris has left me feeling positive about the role of gay saunas in our community. To hear first hand about how gay saunas provide safe spaces for men to explore their sexuality, especially for those who may not be able to, or may not feel able to, explore it in the outside world, evoked admiration. It has also led me to believe that we really need to move beyond the ‘sleazy’ stigmatisation of these venues.

More pertinently, the planned expansion of Pleasuredrome has left me feeling slightly more optimistic about the future of gay saunas. Many gay saunas may have closed, or be closing, but Pleasuredrome, at least, seems to be a firm fixture on the scene.