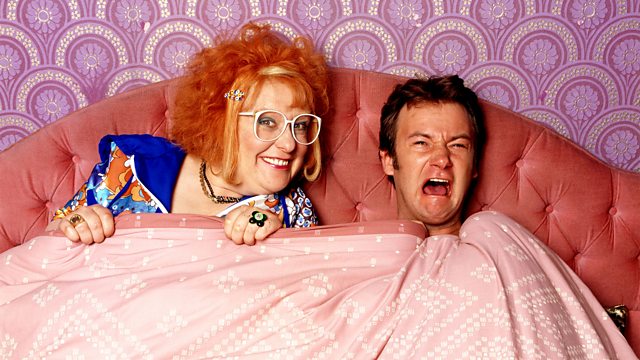 The Gimme Gimme Gimme star slammed a MyLondon column after the writer called it “too offensive to be made today”.

Gimme Gimme Gimme was a comedy released in the late 90s and early 00s and starred James Dreyfus and Kathy Burke. The show was written by Jonathan Harvey who also wrote the landmark film Beautiful Thing. The sitcom centred around a gay flatmate (Tom) and his flatmate Linda LaHughes, played by Kathy Burke. Undoubtedly its humour was what made it essential viewing for many LGBT+ people and helped it garner cult status during the early part of this century.

However, it was criticised by Danielle Manning on MyLondon.news. Manning wrote that they were left giggling and cringing “in equal measure” as some of the jokes were “frankly be a bit offensive today” and stated that some of the “one-liners actually come off as offensive by today’s standards”.

James however, took to twitter to thank Danielle for the compliments, but adding that criticising Gimme Gimme Gimme for its social commentary, “a bit like writing an essay on Scooby-Doo being ‘problematic’.

It seemed as many of James’ followers agreed with his sentiments, saying that it was their goto program for a laugh. One fan added that the show was a “breakthrough show” saying it was “great to have some representation on tv”.