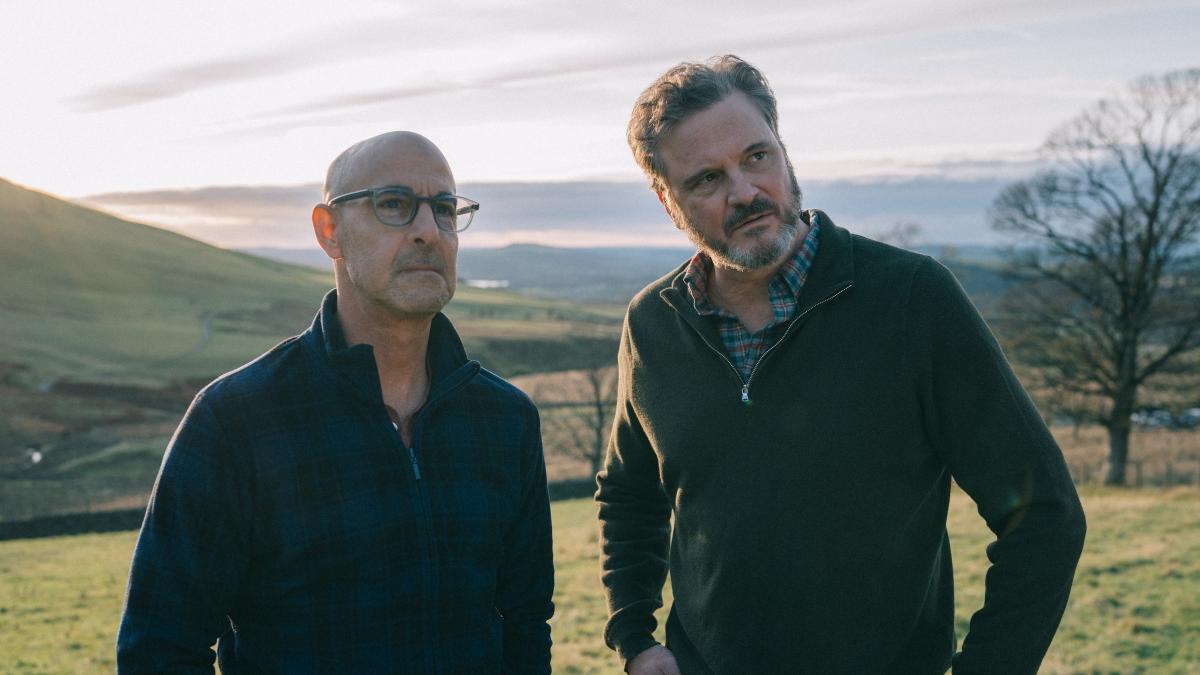 From 7-18 October 2020 The BFI London Film Festival will be broadcast online and in cinemas at the BFI Southbank, partner London venues and all across the UK.

All shorts, events and a virtual exhibition of XR and immersive art will be accessible for free online. Here are some of the LGBT film highlights:

After twenty years together, Sam and Tusker’s blissful life has been shattered following Tusker’s diagnosis with early-onset dementia. Intent on spending as much precious time together as they can, the pair travel across England in their old campervan, visiting loved ones and returning to special places from their past. Colin Firth and Stanley Tucci star in a film directed by Harry Macqueen.

A fictionalised account of the life of the 19th-century palaeontologist Mary Anning, Kate Winslet plays the pioneering scientist with Saoirse Ronan as the gentlewoman who falls in love with her while staying in Mary’s beloved Lyme Regis. Directed by Francis Lee (God’s Own Country).

Born and raised in rural Kenya, Samuel moves to the capital and falls in love with Alex. This courageous debut feature offers an intimate portrait of a young couple navigating their way in a country where homosexuality is criminalised.

If It Were Love

This Teddy Award winner for Best Documentary at Berlinale 2020 is an intoxicating exploration of love and desire, documenting the production of choreographer Gisèle Vienne’s Crowd, a work exploring the 90s rave scene.

Tsai Ming-Liang’s profound commitment to less is more flourishes in this transfixing work, in which a middle-aged man suffering from chronic pain hires a young male masseur. This film is intentionally without subtitling.

As introspective bisexual Ben embarks on a new relationship, he is forced to face the traumas of his past in this remarkable debut feature based on personal experiences of the filmmakers.

For more information and tickets, please go to: https://www.bfi.org.uk/london-film-festival