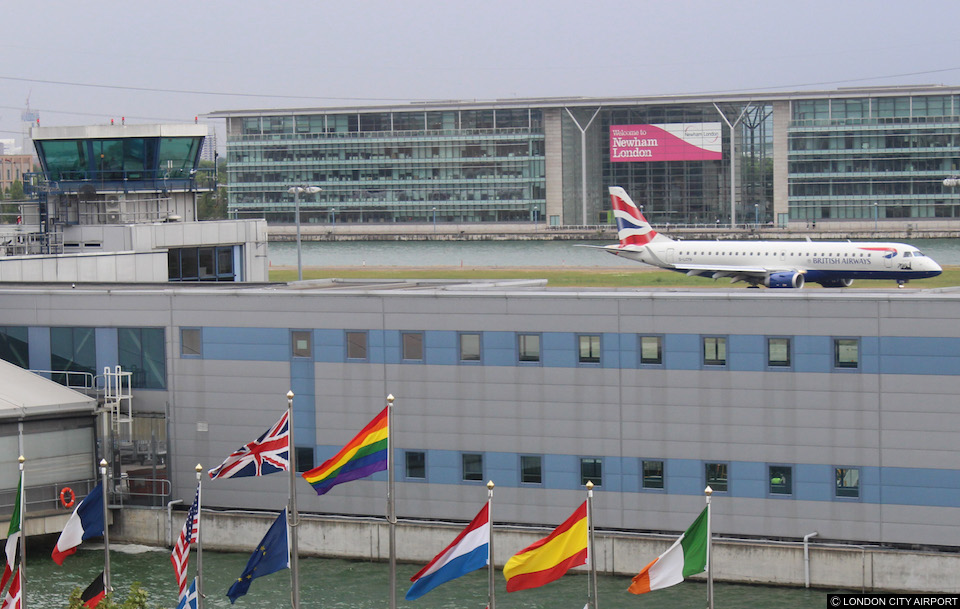 To mark this year’s London Pride Festival, London City Airport is proudly displaying the Pride rainbow flag at the front of its passenger terminal.

The recognisable symbol of lesbian, gay, bisexual and transgender (LGBT) pride and LGBT social movements will remain in place for the duration of the Festival, until Sunday 9 July.

“The Pride flag represents the open and inclusive values of London City Airport, both for our staff and our 4.5 million annual passengers.

“This is a colourful addition which we hope passengers will recognise, acknowledge, and share pictures of, as they arrive or depart in to London, one of the most vibrant cities in the world.”

The Pride in London 2017 Parade takes place in central London on Saturday 8 July. Any passengers flying in for Pride via London City Airport can reach the West End in just over 30 minutes, with the airport located around 8 miles away.