MONEY | In a changing world, gay couples plan for their financial future 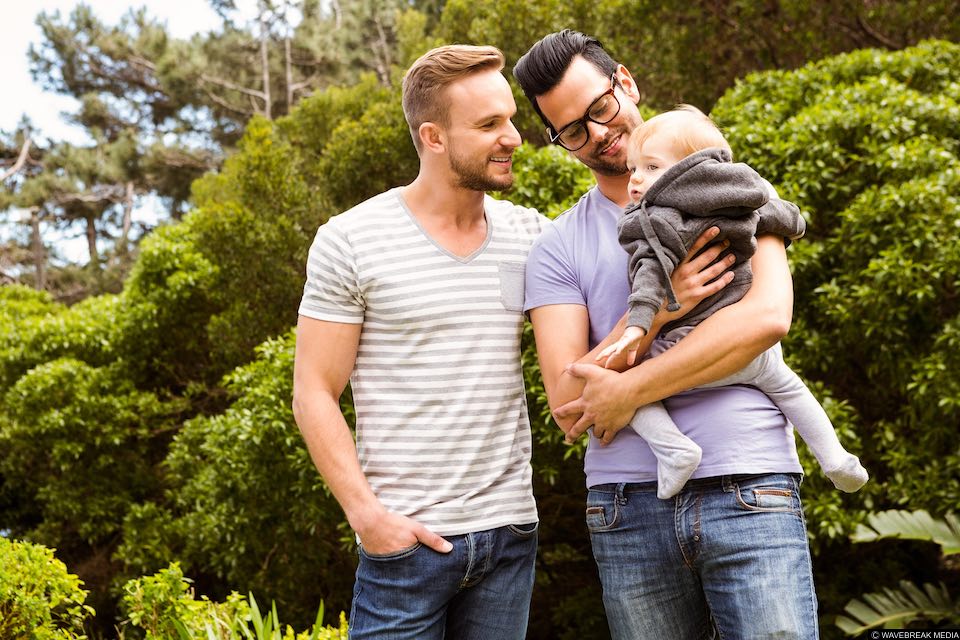 50 years since the decriminalisation of male homosexuality, Britain has come a long way in equality for same-sex couples.

As the law and society have become more accepting of gay and lesbian families, more and more of our community are opting to start families of their own. A 2015 report from the Department of Education found a record number of children are being adopted by LGBT parents, and within 18 months of marriage equality taking effect in England and Wales, over 15,000 same-sex couples had wed. Still, there are unique challenges and prejudices facing gay and lesbian families. The most recent British Social Attitudes survey found that only 48 percent of respondents felt that same-sex couples should be able to adopt as freely as straight couples. It was only this year that gay couples won full equality in pensions, when the Supreme Court ruled that same-sex widows and widowers are entitled to the full pension as opposed to simply the amount placed into the pension after the Civil Partnership Act took effect in 2005. This represents a massive step forward in financial stability and equality for gay and lesbian families.

Increasing financial stability and equality for gay and lesbian families is something Liverpool Victoria is trying to do. The largest insurer of individual incomes in the UK, LV= (as they’re styled) offers an array of products including car insurance and life insurance policies. The largest friendly society in the country, LV= is owned by its policyholders who number 1.1 million out of over 5 million customers throughout the United Kingdom. LV= recently profiled four shareholders who are in same-sex relationships as part of their examination of what the “traditional” British family looks like today – and what that family’s financial needs may be. Iain and David, from Sussex, have been together for 23 years and are raising their two adopted children, biological brothers Christopher and Anthony. Over the course of their nearly quarter-century together, Iain and David have faced discrimination in financial services.

“When I applied for my first mortgage with my previous partner in the late 1980s, we weren’t allowed to have an endowment mortgage because we were a gay couple,” Iain said. “There were concerns about AIDS and at the time we were asked to have an HIV test.”

Still, things are improving, according to Sarah and Laura, another same-sex couple insured through LV=. “Society is increasingly inclusive as more individuals are finding the courage to be themselves openly,” Sarah said. “It has led to an increasing presence of families like us in daily life and in the media. The progress is slow but it’s heading in the right direction…”

Sarah, from Reading, married Laura, from Idaho in the USA, three years ago. Civil partnerships and marriage equality have made it easier for same-sex couples to traverse the difficult immigration process, but there are still financial concerns these couples have to consider. “Our experience of life insurance was that it wasn’t as straightforward as expected,” Sarah said. “We took independent advice when looking as there were a lot of questions we wanted clarification on, and a lot of future-focused parts that we weren’t sure how to answer.” Not being from “traditional families” can present unique challenges at work and when applying for insurance and other financial products, as Iain explained. “I have experienced people at work thinking that David and I fill traditional roles most of the time, I’ve earnt slightly more than David and there’s been an assumption that he’s the primary carer and I’m not.”

Same-sex couples also have more typical financial concerns, especially in our tumultuous world. “Things are moving so fast, with Brexit, with what’s happening America,” Iain explained. Planning to use the equity in their home for their own future, they’re unsure they’ll be able to give their children enough to get on the housing ladder. “[I]f we have to rely on the equity in this house, their inheritance will be less – and there’s a worry about the housing market.”

Sarah and Laura don’t have children, but plan to in the future. “We have a checklist that is a mixture of practical and financial factors we want in place before trying, which includes priorities such as buying a home, paying back any loans (excluding mortgage), finishing our travel wish list (for now), and having enough in savings for fertility treatment.” Fertility treatments could become even more expensive as the NHS has considered cutting funding amidst an ongoing budget crisis. This uncertainty about the future is why Sarah and Laura are planning ahead. “Our plan is to take as much control as we can as early as possible, rather than relying on government pensions when we get to retirement age,” Sarah said. “We both contribute to private pensions and are focusing on building up savings.” They say they worry about unexpected expenses, preferring to pay for insurance on their home and car “so that we don’t have to find large sums if something goes wrong.”

50 years since decriminalisation, gay and lesbian British families have come a long way. But while we look at the past, it’s also important we look towards the future and plan ahead. Getting a sound financial footing now can help gay and lesbian families achieve even greater personal happiness as we continue to benefit from and enjoy the fruits of equality.