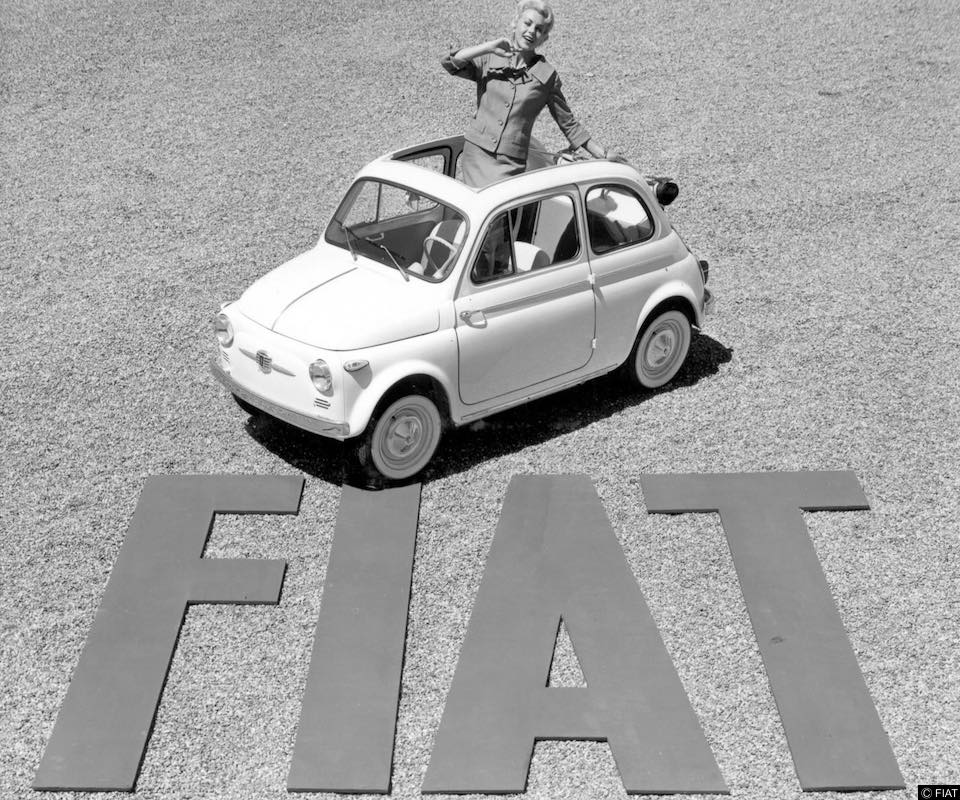 Who would have thought it, the Fiat 500 turned 60. The little city friend of the Italians that kick started Italy’s motoring for many has become a pensioner. OK, a little time lapsing magic has happened in that time of Dr Who proportions in Time And Relative Dimension In Space.

From 1957 to 1975 you could purchase a new 500. It was replaced by the square Fiat 126 that just never quite did it. Like most second comings it is never as good as the first and thus the 500 was born an icon like the Citroen 2CV and Volkswagen Beetle. Both cars that have never been replaced with a car as affectionately loved the world over.

Almost four million 500’s were built in those short 18 years and while many rusted away, many have been survived due to an ever increasing number of fans willing to take on the challenge of restoring or keeping on top of the problems you once got with an Italian car.

The cheeky chap of Turin also sported a roofless version and even an estate called the Giardiniera. The magic of making this an estate was to lay the engine on its side. I often wonder if they had done this to the normal saloon, they could have created a hatchback version too.

And so 32 years later we get the 500 with a hatchback when it was suddenly brought back to life with a design by Roberto Giolito that didn’t alter that much from his concept to reality.

Sales of the 500 took off almost instantly and now you can’t see a street that hasn’t got a 500 on it. Admittedly it is miles away from the original. The engine now sits at the front but like the original, you can now get it with 2 cylinders. In keeping with the philosophy of the 500, Abarth has also been responsible for breathing angry fire onto the current 500 too.

It’s not hard to see the appeal of the current 500. They are cute and retain the fun and essence of 500. It grew in age but not as much as the new Beetle or new Mini. In keeping it on a small platform Fiat was able to make it fall into the cheaper end of the car market where retro is still big bucks. With this in mind the options are now endless and 10 years on, new and inventive models are being created to keep 500 fresh. Look out for some swanky new models coming out soon.