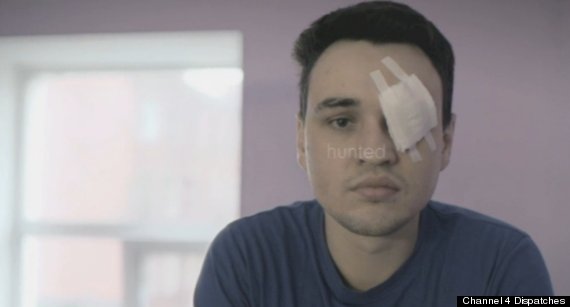 If you do nothing else this Wednesday, sit yourself down in front of Channel 4’s Dispatches documentary “Hunted”.

This deeply disturbing programme, directed by Ben Steele and reported by Liz MacKean, shows us a bleak picture of a Russia, where gay people are literally hunted down like animals, subjected to humiliating and painful abuse.

Though homosexuality has been legal in Russia for twenty years, it has never been accepted. The recent Russian law banning propaganda of non-traditional sexual attitudes to minors, has only served to make worse anti-gay feeling, which is so deeply entrenched in Russian society, it is hard to know how to challenge it. Strengthened by the views of the powerful Russian Orthodox Church and those in power, vigilante groups carry out their crimes in full view, knowing that the police will do nothing to intervene.

This brilliant film offers no easy solutions, but in talking to the leaders of these groups it exposes the problem at the very heart of Russia, “ the worst place to be gay in Europe”, where homophobia is normal and a contrary view, even if you are straight, is likely to get you in trouble.