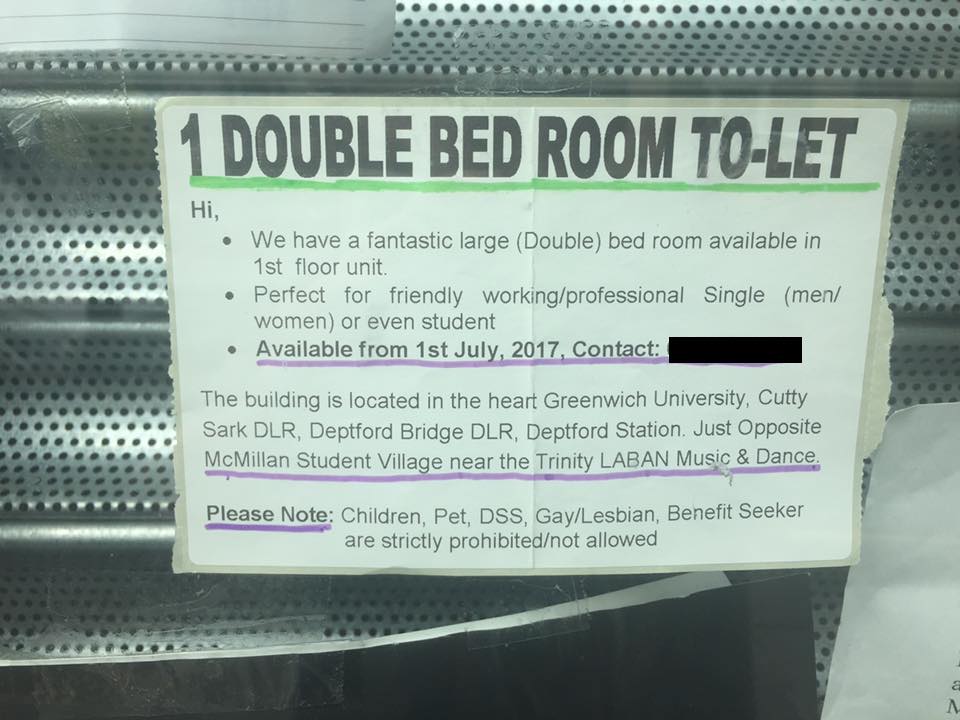 An advert left in a shop’s window has caused outrage after being discovered in Greenwich London.

A homophobic note which says that gays and lesbians, along with children, Pets, DSS, “Benefit Seekers” are “strictly not permitted” was found taped up to a shop window in Greenwich London.

Amanda O’Leary a single mother who lives in the area, was the first to see the sign and speaking to THEGAYUK said,

“What if my eldest read this? What would I say to her?  Shame on them. Like I tell me kids love is love. That’s all that matter in our family. Just wish others accepted that was well.”

THEGAYUK reached out to the number listed on the advert of the property. We spoke to a man who said that he “was sorry” and that he was “told today that it was not right and it would be removed today”.

When questioned on whether he knew it was against the law to discriminate on the basis of sexual orientation, the owner replied that he “did not”.

THEGAYUK was given assurances that the note would be taken down as soon as possible.

There are nine protected characteristics and they include: age, disability, gender reassignment, marriage or civil partnership (in employment only), pregnancy, and maternity, race, religion or belief, sex and sexual orientation.