OP ED: Why Dan Wootton And The Sun Should Be Ashamed Of Themselves 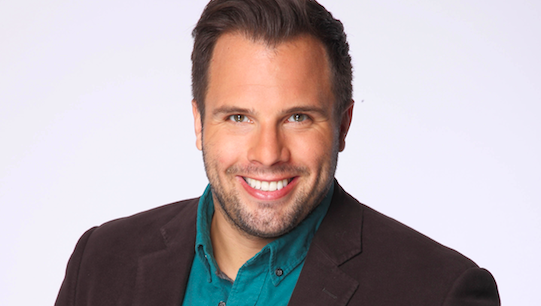 By now I’m sure most of us will have seen The Sun’s recent front page, which claims a top Hollywood star has HIV.
“Hollywood HIV Panic”, the headline read, as if the article is a trashy Hollywood-made drama in itself. The Sun alleged that the famous man has been living with HIV for a number of years and has had a string of also famous lovers.

The article insinuates that the actor has been knowingly having sex with a number of women when he’s aware of his HIV status, and therefore could potentially be passing it on. In the article, The Sun also claim they have chosen not to name the star. How wonderfully considerate of them.

I have to admit that I thought to myself, where do I even begin with my takedown of this article and Dan Wootton?

The whole thing is so odious, and indeed Dan Wootton an odious creature, that I wanted to throw my laptop out of the window and bang my head on a brick wall. Let’s begin with the fact that regardless of this person’s fame, everybody has a right to privacy and confidentiality, particularly when it comes to something such as medical records. Running this story is an absolute invasion of privacy.
Then there’s the sensationalist, dated tone of the headline and article. It reverts back to the dark days of the 1980s. An article of this type can only help to reinforce the stigma around HIV. It takes a giant leap backwards in the fight to change attitudes and perceptions regarding HIV.

What The Sun could have done is ran a very informative piece about HIV, but instead they chose to cheapen it and spread vicious gossip that is hurtful to many people.

Overall I’m not really shocked that The Sun would run such a piece. I’ve long regarded them as a trash rag. What I am disappointed with, though, is The Sun’s showbiz journalist Dan Wootton putting his name to something so shameful.

I must admit that I have never been a fan of Dan Wootton. I believe he and his type represent what is wrong with the world. I have zero respect for someone who makes a living out of spreading gossip and rumours about people. However, I had assumed that as a gay man he’d have used his position to help rather than to hate. Clearly I was mistaken.

Upon seeing the article, I tweeted Dan Wootton to ask him if he thought it’s ok to spread hurtful gossip. I told him that he is contributing to stigmatising HIV and that he should be ashamed of himself. Many other people had also tweeted him, saying similar things to what I had. I didn’t expect him to reply, but I was surprised to discover that he has blocked me. I’m not the only one; many others have also been blocked by Wootton for calling him out on what he has done.

I can understand blocking trolls, but when people are asking genuine questions and aiming justified criticism at you, the best approach is to face it head on and be man enough to admit that you made a mistake. By blocking people and ignoring all criticism, Dan Wootton is burying his head in the sand and not taking any responsibility for his actions. This just makes him look even worse and gives the impression that he stands by the article.

What I’d like to see Dan Wootton do is apologise for what he has done and make an effort to do something more beneficial for those living with HIV. As it stands, he’s shown himself to be a truly appalling individual. He has betrayed people living with HIV and should absolutely be ashamed of himself.
Terrence Higgins Trust does amazing work supporting people living with HIV, campaigning and raising awareness. Please have a look at their website and show them some love.