PETER TATCHELL | Is the LGBT community being screwed over by city council? 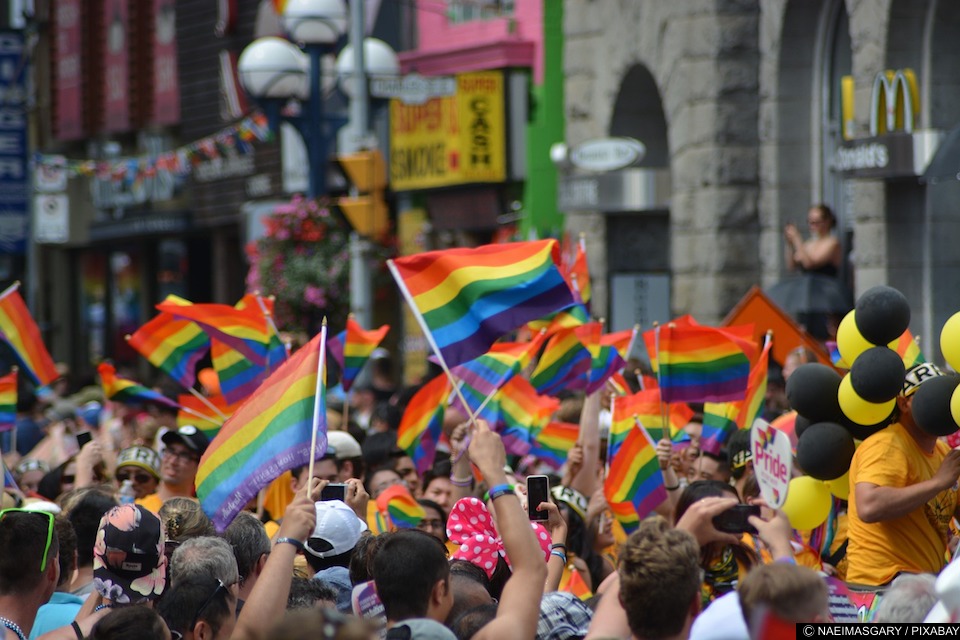 Has LGBT Pride lost its way? This is a question more and more people were asking in the run up to Saturday’s Pride London parade.

What began in 1972 as a protest for LGBT rights has now become an overly commercialised, bureaucratic and rule-bound event; which too often reflects the wishes of the city authorities, not the LGBT community.

The admirable organisers, Pride in London, are being forced to operate with onerous controls and draconian costs. These have been imposed by the Mayor of London, Westminster Council and the Metropolitan Police, who have dictated conditions that mean a mere 26,500 people will be permitted to march on Saturday This is a fraction of the numbers who’d march if it was a free and open event.

“LGBT organisations have to apply in three months advance,

pay a fee and get wristbands for all their participants.

Nowadays, LGBT organisations have to apply in three months advance, pay a fee and get wristbands for all their participants. The parade feels increasingly regimented, commodified and straight-jacketed.

The city authorities are also enforcing punitive costs for road closures, pavement barriers, policing and security. They cite safety concerns and the disruptive impact on West End businesses if the parade was allowed to be bigger. Commerce comes first, it seems. Pride must not interfere with making money.

These excuses are nonsense. There are large political marches in central London, such as last Saturday’s anti-austerity demonstration. They are stung for none of the costs forced on Pride and have no safety problems. Equally, no similar restrictions are placed on the numbers at the Notting Hill Carnival, which is many times larger than Pride.

The way Westminster Council treats LGBT Pride has a whiff of homophobia. It has a long history of perceived anti-gay bias. Some years ago it banned gay venues from flying the rainbow flag.

Gay club owners have previously told me the council was unsupportive and seemed intent on degaying and sanitising Soho. Manbar felt victimised by Westminster and was forced out of business in 2015.

Westminster is, of course, run by the Tories – a party that has done a ‘cash for power’ deal with the homophobic DUP in the north of Ireland. I don’t trust them.

The dedicated, tireless Pride committee is held over a barrel. They might be permitted to increase the numbers on the parade but only if they stump up loads more cash to the council and police. Westminster council seems to think that the democratic right of the LGBT community to use its streets should come at a price. It even demands compensation for the suspension of parking bays!

Royal Parks is no better. They won’t allow Pride to use Hyde Park. We are being screwed.

Compared to 20 years ago, Pride has been dumbed down. For many people, it is now mostly a gigantic street party. Big corporations see it as a PR opportunity to fete LGBT consumers with their flashy floats. The ideals of LGBT equality are barely visible. Last year I counted only ten parade groups with a LGBT human rights message.

It is sometimes claimed that Pride London is the biggest in the world. Not true. London is one of the smaller Prides in major European cities; being eclipsed in size by Berlin, Paris, Amsterdam and Madrid. Sao Paulo attracts three million people!

In contrast, Pride London has 26,500 marchers and 80,000 spectators on the parade route. Trafalgar Square, the location of the end-of-parade rally, holds 20,000 people and the Soho streets that host satellite events, around 90,000. Many of these numbers are the same people at different locations. This suggests about 200,000 people in total at Pride; certainly not the one million claimed by the Mayor of London.

This is smaller than earlier Prides in London. In 1997, over 100,000 people marched in the parade. It took nearly five hours to pass through Parliament Square. Close to 300,000 people attended the post-march festival on Clapham Common.

Pride is, of course, more than the parade. There are 100-plus events over the Pride fortnight, ranging from concerts to films, sports, exhibitions and talks.

Pride is staged by an amazing unpaid, all-volunteer team. Some corporate sponsorship is necessary. The parade and festival has to be funded. But are the corporates now too dominant?

If Pride has gone adrift, we are all partly to blame for not being more involved with the organising committee and not standing up to the city authorities. Perhaps it’s time to revert to the LGBT liberation ethos of the first UK Pride in 1972? I was one of the organisers back then. I’ve marched in every Pride London parade since. This will be my 46th.

1972 was a carnival march for LGBT human rights. It was political and fun; without all the restrictions, costs and red tape that are strangling Pride today.

Let’s put liberation back at the heart of Pride; reclaim it as a political march with a party atmosphere. No limits on numbers and no motorised floats. This would dramatically cut costs and bureaucracy, and return Pride to its roots. We can still have a fabulous carnival atmosphere. It worked in 1972. Why not now?

This is an edited version of an article that was originally published in The Guardian: http://bit.ly/2sPIGjL

For more information about the Peter Tatchell Foundation and to make a donation: www.PeterTatchellFoundation.org