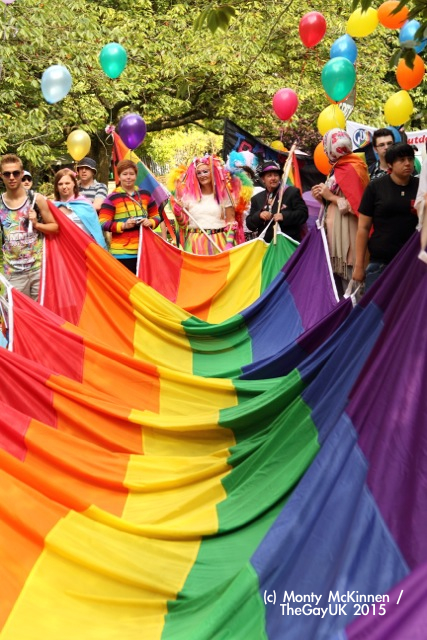 The Rainbow Pride flag will now fly in Leamington Spa for the county’s Pride. The town hall in Leamington Spa will now fly the internationally recognized symbol for LGBT+ pride, the Rainbow flag, this weekend to celebrate Pride in the city.

A spokeswoman for the council told THEGAYUK,

“I am pleased to confirm that the Town Hall will be flying the Pride flag from 9am to 5pm on Saturday 20th August.”

Warwick District Council had come under criticism after refusing to fly the rainbow flag during Warwickshire Pride, a petition was launched with many who signed,  describing their disappointment with the council’s original decision.

“Thank you to everyone who has supported this campaign. By sending supportive messages, writing to Warwick District Council, highlighting this issue and signing the petition that was running, you have contributed to bringing positive change and progress to Leamington Spa. For that we are eternally grateful.

“A number of Warwick District Councillors and Leamington Town Councillors have shown support during this issue. A thank you must be extended to them for supporting the LGBT+ community.

“Finally, a thank must also go to Chris White MP, who has again shown himself to be an ally of the LGBT+ community by supporting the rainbow flag being flown at Leamington Spa Town Hall and for his intervention in this issue.”

Warwickshire Pride takes this weekend in the Pump Room Gardens in Leamington Spa from 11:00AM to 6:00PM.

TheGAYUK is a proud media sponsor of Warwickshire Pride.