Sam Robertson Leaves CBB: “I Was So Bored” 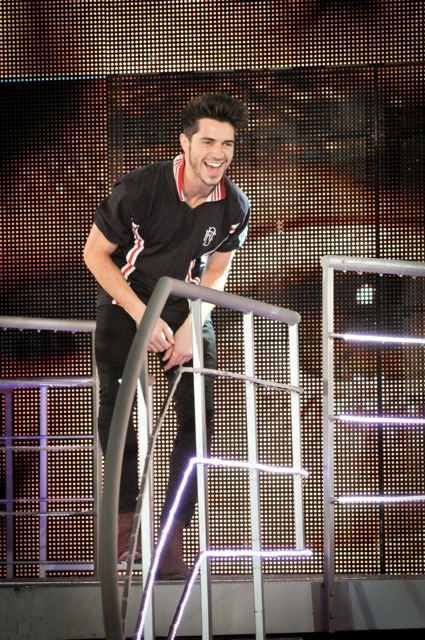 Hunky Scotsman Sam Robertson is the second star to be evicted from the Big Brother House as Rylan and Speidi go head to head.

Losing to Neighbours stalwart Ryan Moloney in the public vote, Sam was evicted from the Celebrity Big Brother House last night – with a huge smile on his face.

Talking to CBB host Brian Dowling, Sam admitted that he was glad to be out of the house.

He said, “I’m delighted to be out. I mean it. It’s been fun but I’ve had enough.

“I was bored most of the time, I wasn’t really enjoying it, Ryan is loving it.”

He went on to say, “I was so bored. There is nothing to do. There is no music, no computers, no books. When you’re watching a TV show you think 3 weeks would be easy but it’s so boring.”

Following Sam’s eviction, the remaining housemates were told that Heidi and Spencer were returning to the main house; after they had been secretly spying on the celebs for two days from the basement after faking a walkout, in a secret task by Big Brother.

The couple was told during the live show that they had to choose the two most boring housemates to automatically face the public vote.