The Good, The Bad and the Ugly: Ford Fusion 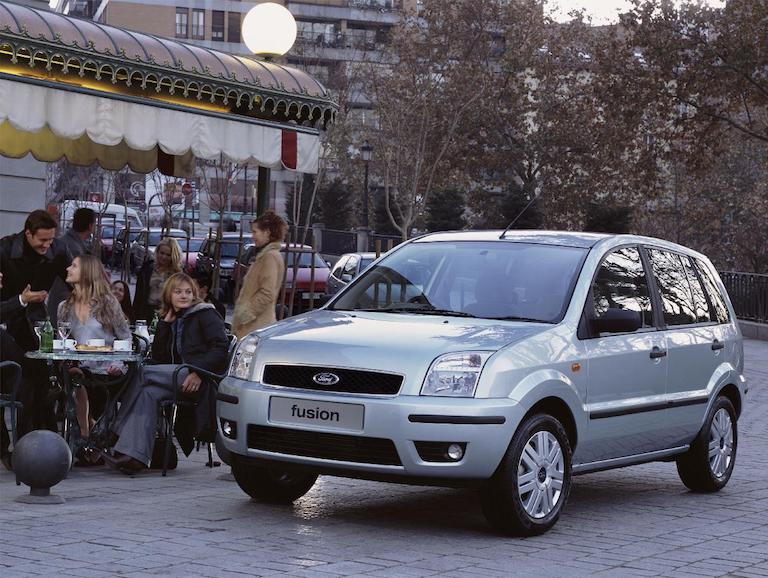 The Good, The Bad and the Ugly.

An irrelevant look at a certain car.

Here is a car that might have slipped you by. Indeed, you might even have one drive past you later and to be honest, you probably wouldn’t even notice it. But that’s ok. Despite being an award-winning car, Richard Hammond voted it ‘Most Pointless Car’, It’s a car fit for the introvert or a bank robber. It’s a no-frills form of carry-all and its key to success (because it’s a Ford and would have sold in largish numbers) is that it was as simple as a wheelbarrow and just as useful.

My MOT tester has one. He’s a man of thrifty means when it comes to spending money on his ‘Fuew’. That reads as a total skinflint. He doesn’t regard his car with much love. It goes from A to B and he has pondered how anyone at Ford HQ said “yep, that’s the design, it’s gorgeous, let’s get it built”

A friend of mine was in the market for a small car. They bought a car. It was a pile of crap. I found them a Fusion that was known to us. They bought it and he has commented that there is a “Fusion camaraderie” out there so I better watch what I say. Anyway, he and the other half love it.

So what is it? It’s an Mk5 Fiesta with a box on the back. The Fiesta it was based on was killed off in 2008. Fusion soldiered on for another 4 years. It wasn’t Ford’s best Fiesta effort. The ride could only be described as mediocre at best and the controls work in a cold way that made the car function with the grace of an arthritic hand trying to use the self serve screens at MacDonalds.

It wasn’t very good. That said, for a utilitarian car based on trusted mechanicals and with extra load space due to its estate car box design, it came with a host of goodies. And these for the time were exceptional. It needed something, it was devoid of looks. Voice recognition, heated front screen, some other bits I care not to care about and a dashboard that had what can only be described as a coffee bean pattern.

Does it go wrong? Not really. They really are quite robust little boxes. Instrument clusters will eventually fail but this is a common fault across Ford of this generation and the occasional ABS pump might give up. A simple rebuild will fix this. And the engine, while not thrilling in any way, will at least offer some longevity even when it starts rattling around with a bit of piston slap.

But those looks. The looks only a mother could love and as I’m no mother and have zero maternity instinct, I’m going with “it’s an ugly car”