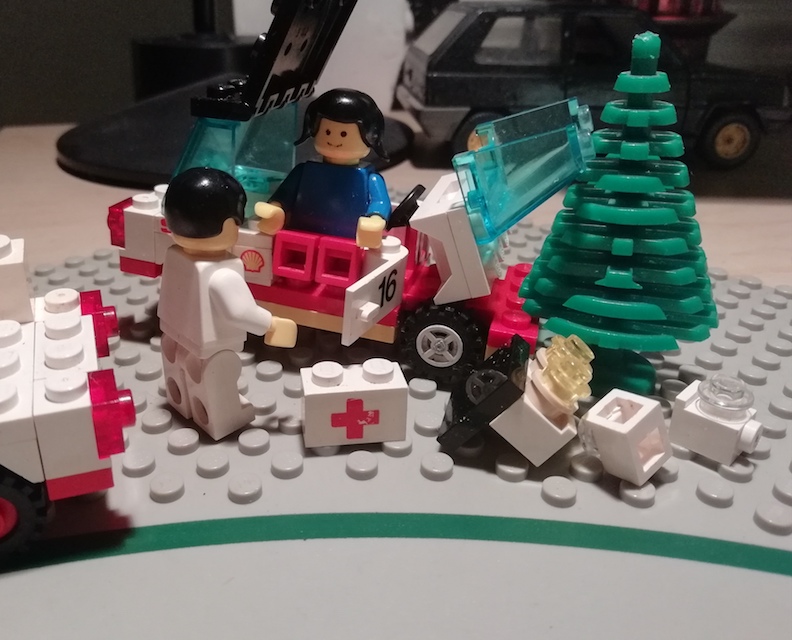 First aid kits are not expensive. A rather comprehensive one I found was £10.43. They are worth having, if not for use on others, but in the event if you or a cherished one require more than just a sticking plaster.

I was put in the unenviable position the other week of attending a road traffic accident. There I was driving to work at 7.15am when l noticed some cars badly parked on a particularly nasty corner. A chap waving his arms, drawing attention to motorists to slow down.

When I had turned the corner l could see why. A silver coupe had literally driven headfirst into an oak tree. Oak trees if you don’t know, are very unforgiving to the motor vehicle. There wasn’t much left of the car and the shunt had pushed the dashboard quite some way into the passenger space.

As a registered nurse and signed up with the Nursing and Midwifery Council (NMC), we are expected to stop and offer assistance. At the time of my arrival, there were bystanders and witnesses but no emergency services. And no one was attending the injured driver of the car who was sitting in the driver’s seat with their legs out.

I approached the driver and on the assessment, I noticed they had the left tibia bone sticking through their jeans. There was some blood but it wasn’t a huge amount, though it was enough to soak the bottom 3” of their jeans. Their pulse was good at 90 beats per minute. It wasn’t fast and it wasn’t slow. Pupils were not dilated and they did have feeling in their lower limbs. They were also able to talk.

Now, this was all I could do. Offer comfort to the driver, keep them talking, keep them as calm as you could and keep them as still as possible. I didn’t know if there were other injuries though l suspect there was something not right with their pelvis for they were complaining about some pain. Adrenaline had kicked in and thankfully despite them saying “I’m dying” which they were not, they were not in immediate danger yet.

I did keep an eye on that left leg. Kneeling down by their side I was aware that my knees could be inches from a pool of blood. And if there was, what would I do?

Now here lays the problem. I might be a nurse but I am not a first aider. I do know how to bandage though. I know that with a protruding bone and blood loss, that a dressing should be applied to slow down the bleed.

However, if I had rummaged through the boot of my car, what would I find? A warning triangle and 2 Hi-Viz jackets. All 4 of mine have them. I don’t keep bandages in the cars. In actual fact I have a first aid kit at home, I don’t keep one in the cars. I drive so many. If this had happened 8 years ago when I was community-based, I’d have had something suitable in the car that I could use.

It isn’t a legal requirement to keep a first aid kit in the car and I am now wondering why we don’t?  Some German cars like Mercedes came with them in a neat space in the rear parcel shelf. We recently looked over one and one thing I did notices was it was all out of date. And by some years for that. Now, this is just one of the problems with a first aid kit, expiry dates.

And so it got me thinking about this vital piece of kit that I could have used on the driver of the crashed car. First aid kits are not expensive. A rather comprehensive one I found was £10.43. They are worth having, if not for use on others, but in the event if you or a cherished one require more than just a sticking plaster.

Chances are you might not want to get someone else’s blood on you, or you might not even know what to do when faced with an injury, but chances are, someone around you might. That box of bandages could just help in that situation. And trying to stop blood loss is sometimes better than doing nothing at all.

So guess what I am buying 4 of tonight?