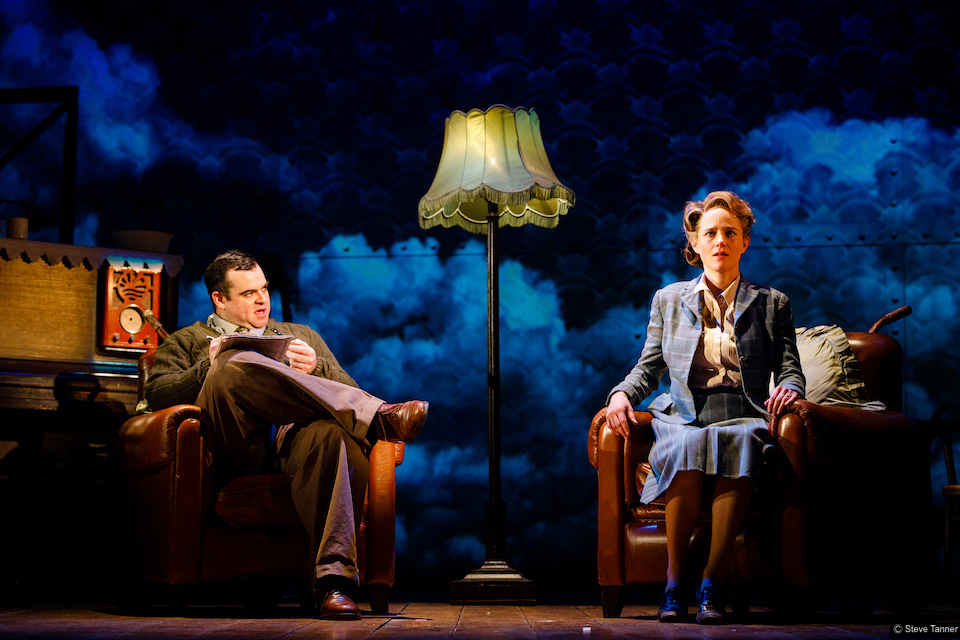 Emma Rice’s tribute to Noel Coward’s Brief Encounter is back after 10 years away and in an unusual venue: a cinema in the West End. Sadly it’s not a triumphant return and is a bit of a mixed bag. Part parody, part homage; it just doesn’t quite know what it is and suffers as result.

If you don’t know the classic David Lean film from 1946 (where have you been?) then it’s a story about two married strangers from the suburbs who conduct a very chaste affair in and around a railway station cafe. It’s characterised by tight dialogue, clipped accents and Celia Johnson smoking an unfeasible amount of fags. It’s very much of its time but also contains beautiful and resonant dialogue. The Kneehigh theatre company’s version is one full of trickery. The cast act out the story against clever back projections, sometimes literally bursting out of the cinema screen. There are cheeky little props, the odd Noel Coward song and lots of deft little touches.

Whilst the two main actors play it straight as the po-faced couple headed for heartache, the rest of the cast camp it up as the remaining bit players. This is where the problem lies. It all becomes too much and a bit panto at times. There’s lots of face pulling, whimsy and larking around. Whilst it works part of the time it all feels a bit much at others. Less is sometimes more.

Overall, it’s a fun show but I’m not sure it’s going to rock anyone’s world.

Brief Encounter runs at the Empire Cinema Haymarket until September 2018