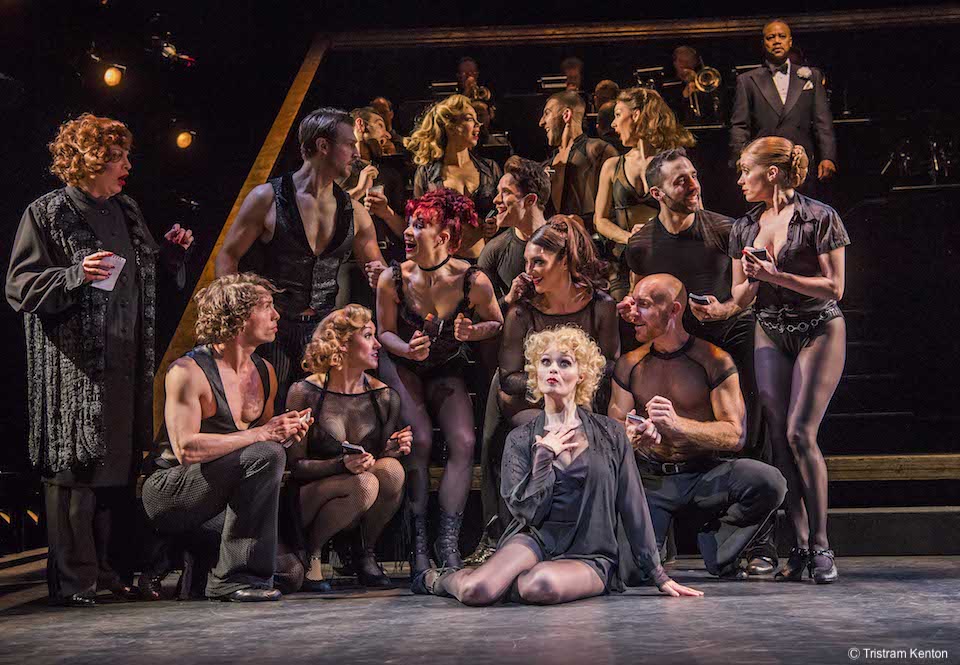 It turns out that Velma Kelly and Roxie Hart hadn’t gone away for good, they were just polishing their revolvers, sharpening their tongues and napping in a cell somewhere. To celebrate the 21st anniversary of the West End production of Chicago, those murderous bitches are back to shake things up and take a well-aimed pop at the madness of celebrity culture. They’ve also bought their own dose of celebrity culture along with Oscar winner Cuba Gooding Junior playing slime-ball lawyer, Billy Flynn.

If you’ve never seen Chicago on stage and only know it from the Hollywood film then you’re missing out. It has to be seen in the flesh (and there’s a lot of flesh on show). The men are beefy and scantily clad and the women are Vaudevillian and slinky. The set and costumes are pared back with an on-stage orchestra belting out all those classic Kander and Ebb hits. The choreography is note perfect with all the shoulder shrugs, finger clicks and pelvic thrusts that you expect from Bob Fosse. Yes, it’s the same old show that we got in the 90s but who cares? It’s a veritable classic. With murderesses this stylish and camp who needs anything new.

Two choice musical theatre actresses take the key roles with Sarah Soetaert giving us a cheeky not so dumb blonde Roxie and Josefina Gabrielle excelling as an embittered Velma. Cuba Gooding Junior might struggle with the singing but he’s got the moves and the charisma needed to sleaze it up a little.

As one drag queen said to another once on Rupaul’s Drag Race: ‘Bitch I’m from Chicago. I will whoop your ass.’. You can certainly rely on these scintillating killers to whoop any ass on offer.

At the Phoenix Theatre in London