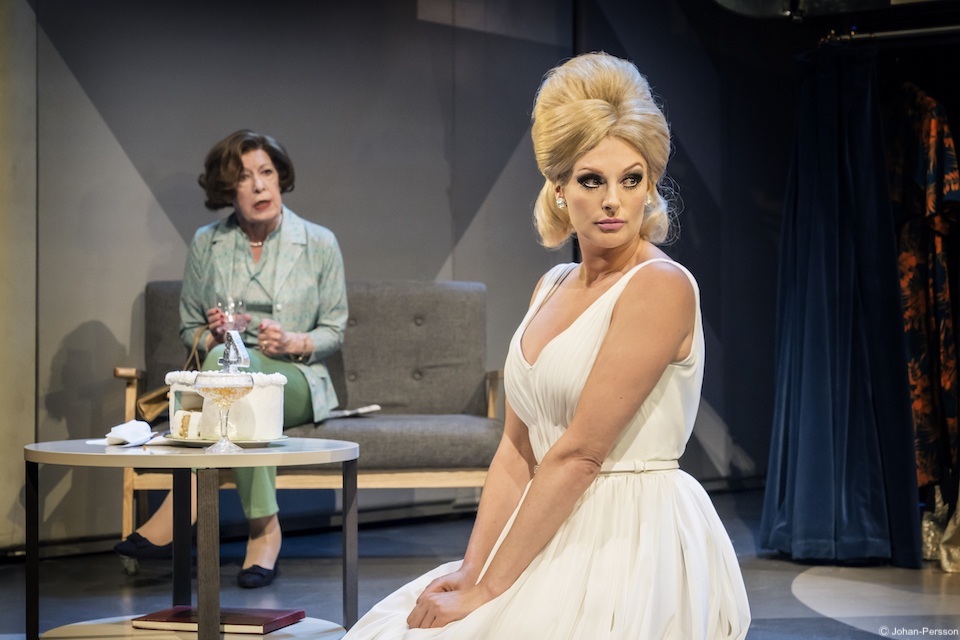 The script is warm and instantly accessible, although a little clumsy at times in its integration of high drama and sitcom humour; and whilst the songs are undeniable classics and span the length of her career, they are perhaps not abundant enough.

It wasn’t just her voice that made Dusty Springfield so distinctive. In 1964, she was deported from South Africa for refusing to play to segregated audiences. She stood up against male musicians who wouldn’t be told how to play their instruments by a woman. She was the first singer to be open about their bisexuality and had a long-term relationship with a black woman at a time when both sexuality and race were incredibly sensitive social issues, and she championed black artists breaking into the UK mainstream. But behind the beehive and eyeshadow was a tragic individual brimming with self-loathing and doubt, and one who struggled with her mental health, sexuality and substance misuse.

During one key scene, when asked whether she had any regrets, Dusty says “I wish I’d been more open”, and with her troubled private life, her own issues and guilt around her sexuality, and her willingness to stand up for what she believed in, it is easy to see why Dusty became, and remains, a gay icon. Written by Jonathan Harvey (Beautiful Thing; Gimme, Gimme, Gimme), the play nestles somewhere in between musical biopic and jukebox musical, and looks at Springfield’s life from her first solo hit to her death in 1999, without shying away from her darker years and the troubles which blighted her in private.

Katherine Kingsley not only carries the show, but is quite simply outstanding, with a performance that captures the look, sound and emotions of the iconic performer to perfection, particularly in the show’s denouement, with a powerhouse performance of “You Don’t Have to Say You Love Me”; whilst Joanna Francis stands out as Lois, Springfield’s long-term partner, with a voice which drips with pure soul. Harvey’s script handles Dusty’s bisexuality and lesbianism with sensitivity, and the show provides many touching scenes between Dusty and Lois. It is refreshingly pleasing to see such a positive and tender portrayal of a lesbian relationship in mainstream theatre.

Harvey’s script is warm and instantly accessible, although a little clumsy at times in its integration of high drama and sitcom humour; and whilst the songs are undeniable classics and span the length of her career, they are perhaps not abundant enough. Whilst the set is over-reliant on projected images and the production values overall require a lot of spit and polish, the enthusiasm of the cast and some outstanding performances elevate Dusty to a suitably heartfelt and, ultimately, very enjoyable tribute to a classic artist.

Dusty: The Dusty Springfield Musical is at Sheffield Lyceum Theatre until the 14th July 2018 before continuing on its national tour.