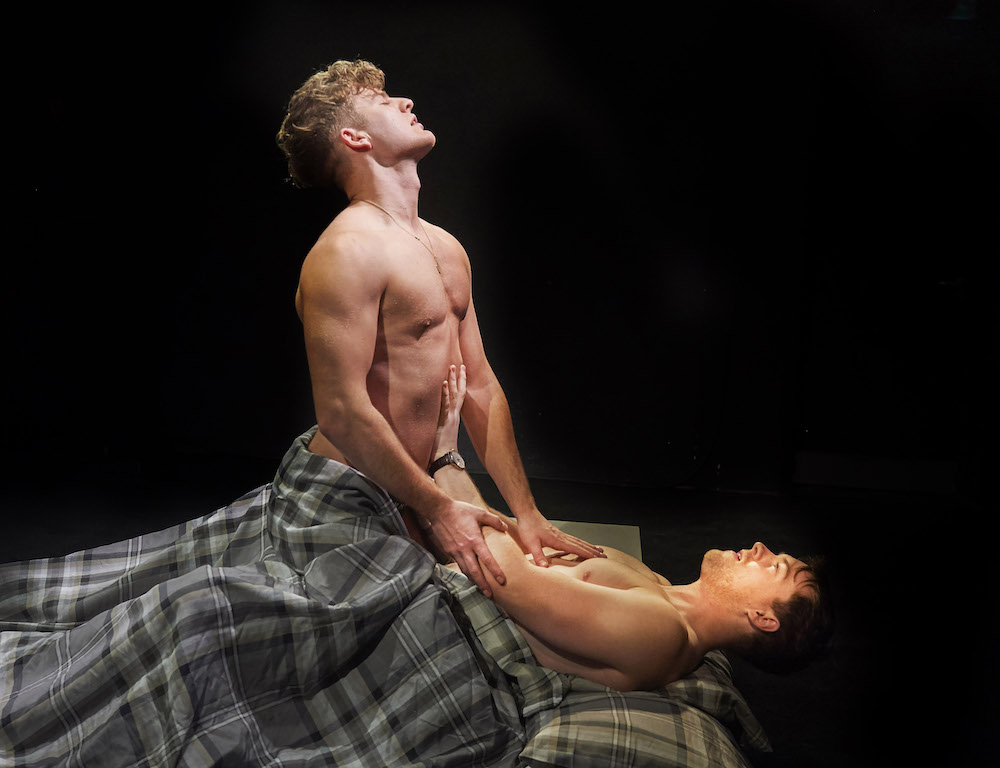 If you’ve ever heard of the concept of ‘six degrees of separation’ then you’ll already know the theme of Arthur Schnitzel’s classic 1897 play Le Ronde. Couples copulate and the circle goes round with one-half of each couple appearing in the next scene with a new partner and the half of the first couple seen on stage appearing as one-half of the final shagging couple. Joe DiPietro’s updated version of his 2015 play features men f***ing. Lots of them. The three actors take on various roles including a rent boy, a soldier, a Hollywood actor, a married couple and a porn star. It’s a great concept and it actually works.

The dialogue is sharp and witty and the play is by turns grimy, tender and darkly comedic as well as at times, erotic. Men fumble, fellate and f*** (you’d want your money back if they didn’t, wouldn’t you?). The situations are sometimes familiar, sometimes exotic and DiPietro manages to cover a lot of pertinent issues without being dull or preachy. From the young soldier pretending to himself that having his cock sucked doesn’t make him gay to the couple with intricate rules attached to their open relationship (which, of course, they aren’t abiding to); these are situations that are bound to resonate with a gay audience.

A couple of the scenes jar slightly and there’s the odd discordant character but mostly these people feel spot on. The three actors are as talented as they’re hot. This is a feast for the intellect as well as the eyes and it’s a thought provoking and wise piece.

I’d highly recommend getting down to The Vaults at Waterloo to catch this play. David Hare’s 1998 version of La Ronde (The Blue Room which starred a naked Nicole Kidman) was famously described as ‘pure theatrical Viagra’. This is a triple dose of Viagra in a tunnel at Waterloo. Now that’s not something you get offered every day.

F***ing Men runs at The Vaults Theatre until 4th December