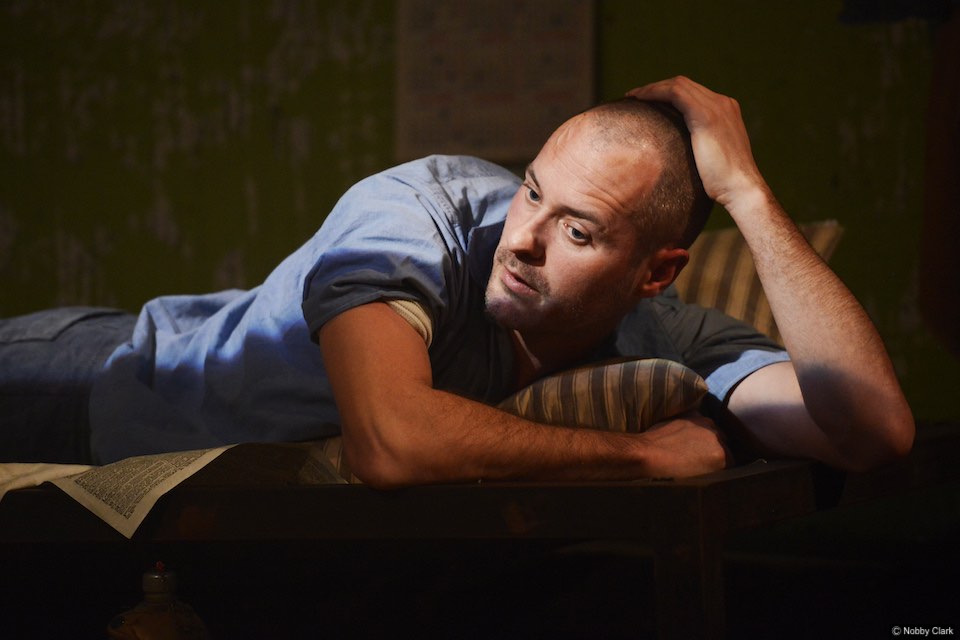 Manuel Puig’s story of two men incarcerated in a brutal Argentinian prison is a funny and moving take on masculinity and oppression. Molina is a campy window dresser with a love of old B movies who’s inside for ‘gross indecency’ whilst Valentin is a gruff political activist, bristling with macho ego. It’s a claustrophobic piece and at 1 hour 40 minutes with no interval, you’re pretty much imprisoned with them, watching their relationship develop in a grim cell.

Kiss of the Spiderwoman has had many adaptations since it was written as a novel in 1976 including stage plays, the Oscar-winning 1985 film and a Kander and Ebb musical. This new version is beautifully scripted but somehow the play as a whole doesn’t feel quite there. Samuel Barnett almost captures the endearing feyness of Molina but there’s something slightly undercooked about the portrayal. Declan Bennett seems to struggle a little and the lines occasionally feel stilted. It’s more hit than miss but the piece doesn’t quite feel as tight as it should and the chemistry between the two isn’t always present.

The set is grimily evocative and the back projections of Molina’s flights of celluloid fancy work well. Overall it’s an endearing piece and worth seeing for the glimpses of what it could have been.  There are achingly poignant moments which are something to embrace.

Runs at the Menier Chocolate Factory until 5th of May 2018