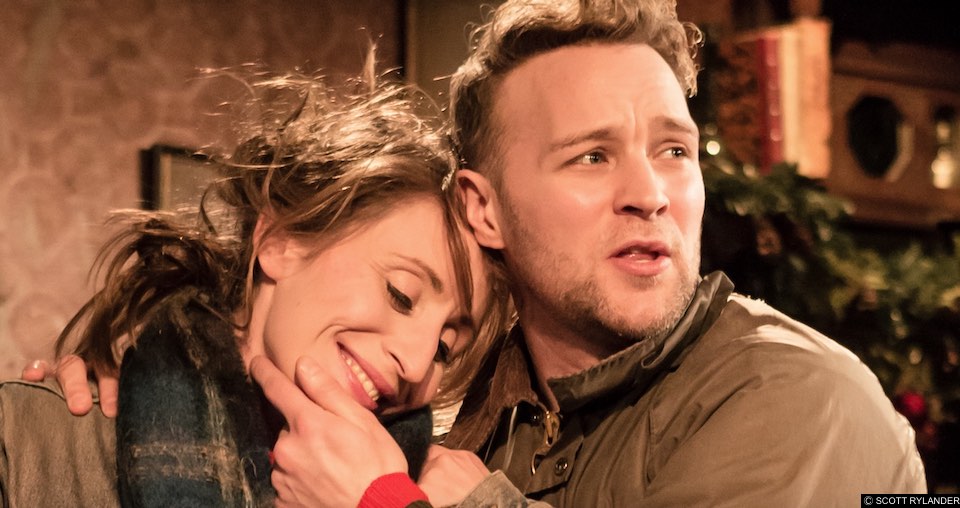 La Bohéme, an opera in four acts, had its world premiere in 1896 in Turin, Italy. Since then, it’s been copied and re-interpreted in so many different ways that each version is unique in its own way. Another reincarnation of this very famous opera has just recently opened up at Trafalgar Square Studios, and it’s definitely one Londoners can identify with.

This version of La Bohéme, written by Adam Spreadbury-Maher and Becca Marriott, had its debut at the King’s Head Theatre last year. And luckily for us, it’s making a return in a central London venue. Set in present-day East London, the show presents to us broke and down and out young men and women who can barely scrape together money for the rent, or in one case, to buy drugs.

Ralph and Mark (Roger Paterson and Thomas Isherwood) are roommates in a flat on Christmas Eve in Dalston, and when someone knocks on their door, they instinctively hide because they suspect it’s their landlord collecting rent – they even have a window that acts as a backdoor to escape. Then there is Mimi (Marriott), broke and very thin, and always cold, who finds her way into the boys’ flat and meets Ralph – they have an instant connection and take a liking to each other.

Then there is Musetta (Honey Rouhani), who, with her beautiful looks and luscious lips and curves that go on for miles, is the troublemaker and ingénue who sweeps in and out and leaves her mark. If these characters sound familiar, they also make up some of the cast of the characters of Rent – that classic 1990’s musical rock opera that won a slew of awards, with very memorable songs such as “Seasons of Love” and “Take Me (For What I Am)”. Rent has withstood the test of time as one of the greatest musicals ever made.

La Bohéme is also very good – it’s an opera for this generation, a generation that seems to live life through their mobile phones 24/7. And this La Bohéme involves a bit of audience participation – Musetta gets cosy with some uncomfortable-looking male members of the audience, while Mimi asks for spare change – it’s surreal and hard-hitting but even more so when those who get asked all shake their heads and say no, with a look of guilt on their faces. Trafalgar Studios is quite a cosy place to put on a show this big, but it works. The cast is all amazing, and by the end, I almost really believed what I saw was real. The cast (some of the actors rotate with other actors on various nights) are accompanied by the Musical Director, Panaretos Kyriatzidis, on piano and Alison Holford on cello. It’s a must see!

La Bohéme is now playing at Trafalgar Studios until January 6, 2018