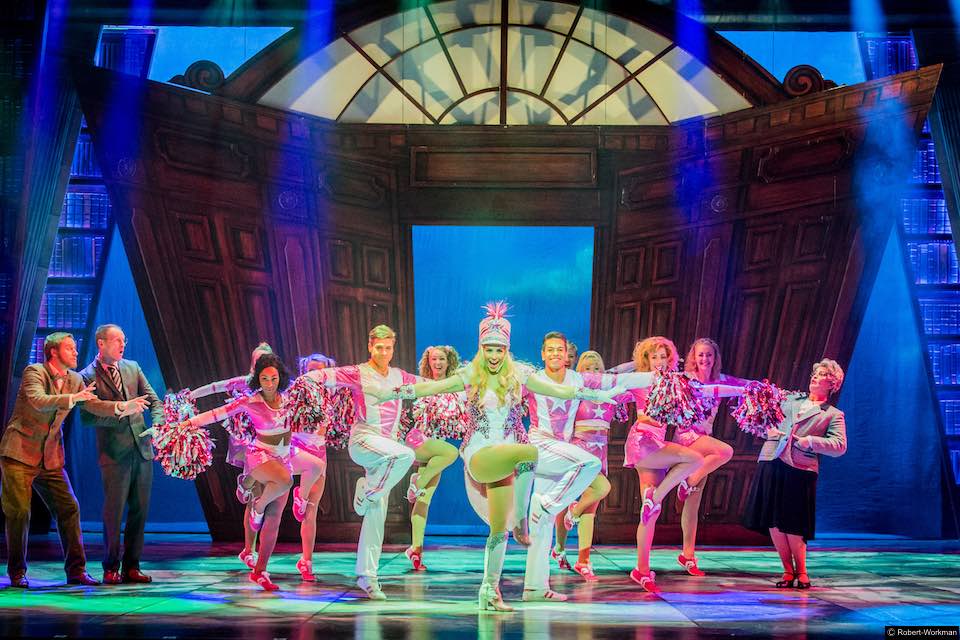 With a penchant for pink, an encyclopaedic knowledge of fashion and an excitable outlook on life, sorority sister Elle thinks she is about to get engaged to her sweetheart and live out a life of pink, fashion-filled happiness. But instead of proposing, he dumps her for not being serious enough, and she decides that the best way to win him back is to follow him to Harvard and graduate in law. Despite not being the average Harvard student, she soon surpasses everyone’s expectations and earns a place on her law professor’s internship, where she helps to represent a famous fitness guru who is charged with murder. But can Elle prove her worth in the courtroom, or will she forever be perceived as being Legally Blonde.

Based on the hit 2001 film, this show has all of the usual musical elements present and correct. From cheerleading sorority sisters to the sleazy law professor; this feel-good musical has a will they/won’t they love story, an underlying moral message about being true to yourself and plenty of fun to be had along the way.

Lucie Jones (X-Factor) is surprisingly impressive as Elle Woods, performing the lead role with a fine voice and a natural and affable stage presence. Rita Simons (Eastenders) provides strong support as Pauline, Elle’s hairdressing friend, and plays the part with just enough of a tongue-in-cheek feeling to pull off the role; and the ensemble cast give it their all whilst constantly looking like they’re having fun

Unlike many musicals, Legally Blonde has a stronger second act and doesn’t sag in the middle, meaning that whilst the show doesn’t endear itself to you from the outset, the writing, pace and momentum keep building until you do eventually fall for its charms. At times, the show is not too far away from a sing-through musical; with a barrage of songs which are catchy, if ultimately forgettable, and that progress the narrative nicely. The musical numbers are varied, fun, colourful and broadly energetic with musical highlights including a courtroom witness dilemma and trying to decide Is He Gay or European, an eighties style workout number in Whipped Into Shape and a cheerleader ensemble in What You Want.

Legally Blonde is a fairly shallow piece of fluff, which has an abundance of bubble-gum pink and giggly sorority sisters, but also has with it an infectious feel; a vibrant energy, good-natured humour, plenty of colour and, most importantly, lots of fun. The production is bold, brash, camp and loud, and whilst this is not life changing theatre (and it never pretends to be), it serves its role as a rather enjoyable couple of hours of escapism.

Legally Blonde is currently playing at Sheffield Theatres until the 4th November 2017 before continuing on its national tour through to June 2018.