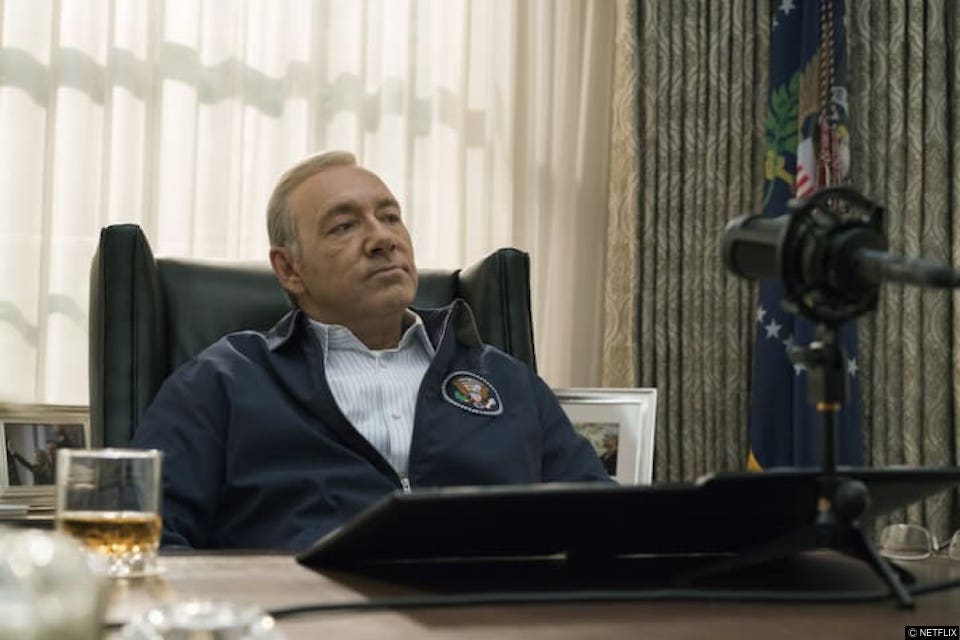 Netflix has officially suspended production of the Kevin Spacey drama House Of Cards.

Apparently, House Of Cards has been suspended “until further notice”

In a statement, both the streaming service and production company behind the massive hit said they “decided to suspend production… to give us time to review the current situation and to address any concerns of our cast and crew.”

Production on the final season of House of Cards is suspended until further notice.

This will give us time to review the current situation with our producing partners at MRC.

Execs are on set this week discussing with our cast and crew. More details to come.

Yesterday Star Trek Discovery actor, Anthony Rapp made allegations that the actor made “sexual advances” towards him when he a teenager. Reacting to the allegations, Spacey said, that he did not remember the encounter but owed Rapp a sincere apology.

The allegation dates back to 1986 when Spacey allegedly befriended Rapp whilst the teenager was performing along with Ed Harris in the Broadway show, Precious Sons. Rapp revealed to Buzzfeed that he was 14 at the time Spacey was 26.

Spacey responded to the allegations on Twitter, saying, “I’m beyond horrified to hear this story. I honestly do not remember the encounter, it would have been 30 years ago. But if I did behave then as he describes, I owe him the sincerest apology for what would have been deeply inappropriate drunken behavior and I am sorry for the feelings he describes having carried with him all these years.”

It was also confirmed that season 6, the series that they are currently working on would be the last, but that decision had come months before the allegations levied at Spacey.

Elsewhere, the theatre for which Spacey was the artistic director between 2004 and 2015, The Old Vic,  released their own statement saying they were “deeply dismayed” and had set up a confidential email for past employees to make reports of any “inappropriate behaviour”.