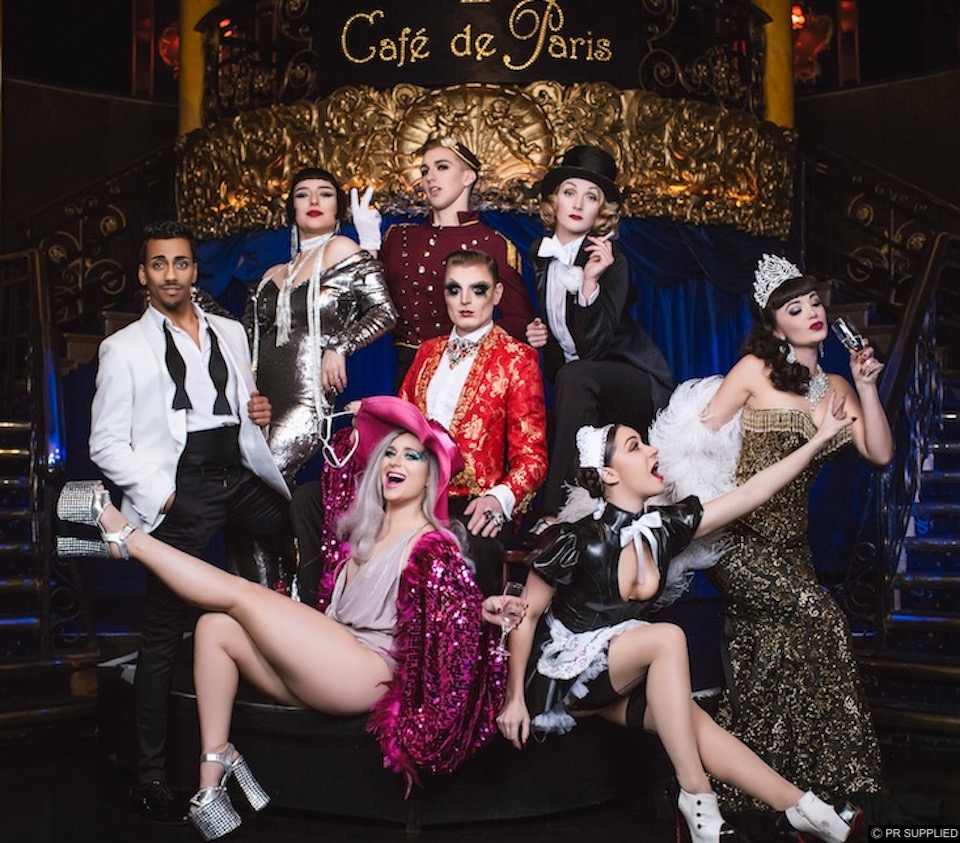 Café de Paris in Central London is host to The Service – the best burlesque and cabaret show in town.

The Service is a theatrical and highly immersive show that is unique in that it takes the audience back to the time that Café de Paris was a roaring club back in the 1920s, through to the 40s – it’s one of the world’s most renowned clubs. The Service plays such jaw-dropping performances that capture the history of the club – it’s amazing nine-decade history. The Service is fast-paced, hilarious, outrageous – it’s a fun and sexy night where the ghosts of every era of Café de Paris come alive.

Told by the very funny and sarcastic Reuben Kaye – the evening’s host and Maitre d’ – who guides us through the evening by a gang of performers who bewitch, bewilder, and excite the audience. it’s an unforgettable experience and an unforgettable night. And hot and sexy Craig Gadd ends the show in a moving and memorable performance of balancing on one hand while war footage is displayed on his chest – it’s a pinch-me moment. Even Josephine Baker makes an appearance. The Service is must-see cabaret in a venue made for cabaret.

Prepare to be captivated by the brilliant, award-winning, internationally acclaimed cast. Princess Margaret is played byBettsie Bon Bon– known as ‘the body of burlesque’ and voted Best Burlesque Performer 2016; whilstSammy Dinneen, aka the Valet, is one of the best and most technical hand balancers in the UK. Ken ‘Snakehips’ Johnson, the star of Britain’s black swing movement in the 1940s, is played by Korri Aulakh, who trained at the National Centre for Circus Arts and the National Circus School of Montreal.

Anna the Hulagan, who plays The Club Kid, is one of the UK’s leading hula hoop teachers, best known as ‘London’s cult hula hoop artiste’ (The Times). As the winner of the Triple Crown award at the World Burlesque Games, Hulagan delivers performances that are as fun as they are sexy.

For an unforgettable evening of entertainment, there is nowhere more magical to celebrate than at the world-famous Café de Paris.

3-course dining (starter, main and dessert) in the main ballroom – £60 per person

VIP dining – 3-course dining, half a bottle of prosecco per person and best seats: £80 per person