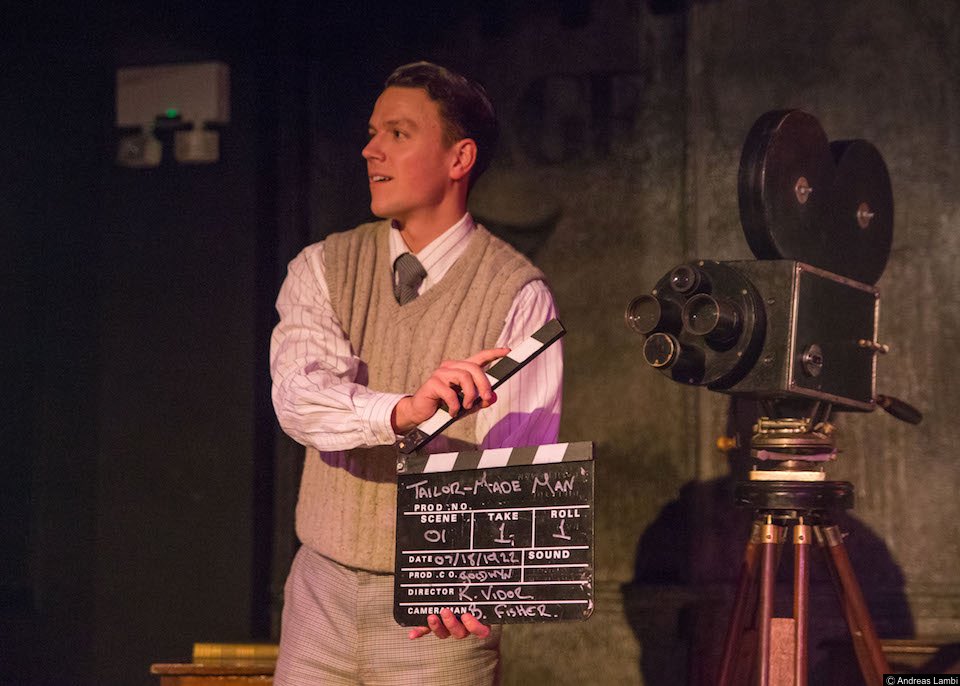 Listen up! There’s a Hollywood film star who’s riding high with a string of hits. He’s handsome, suave and funny, bagging awards and melting hearts as he stares into the eyes of and kisses the faces off the hottest female stars around. The gossip is, though, he’s secretly gay: lacking in boundaries and groping handsome younger men on set, loitering in cruising grounds and having dalliances with fit sailors. The word is that he also has a sweet interior designer boyfriend waiting patiently at home. Oh, my is this about to come crashing down! You know this story from the internet gossip sites?

Maybe you do, maybe you don’t but no, it’s not 2017 but the 1920s and the story of Billy Haines who’s films were consigned to the vaults after he refused to marry a ‘beard’ and was caught with his pants down once too often. It’s an interesting and prescient story and one that this play presents in technicolour glory.

Handsome Mitchell Hunt (Mister Selfridge) heads up this universally strong cast and director Bryan Hodgson has tightened the occasionally clumsy script into something pacy (that’s pacy. Not Spacey). It’s not exactly deep and there’s minimal characterisation with it often feeling like a dramatised Wikipedia entry being put on show. The humour is the best aspect and hits more than it misses. None of that matters though with actors like these and the parade of stunning vintage costumes and props by set and costumes designer Mike Lees. There’s a mind boggling array of costume changes and some beautiful set pieces. It’s a joy to watch and an interesting story to witness unfold.

The White Bear is a comfortable theatre space within a rather stylish and recently renovated pub and is only a short tube ride from Leicester Square. Head down to Kennington for a slice of gay history that has particular relevance today. Oh, those costumes too. You’ll be hard pressed not to want to sneak backstage and grab a few pairs of slacks and a jacket to take home.