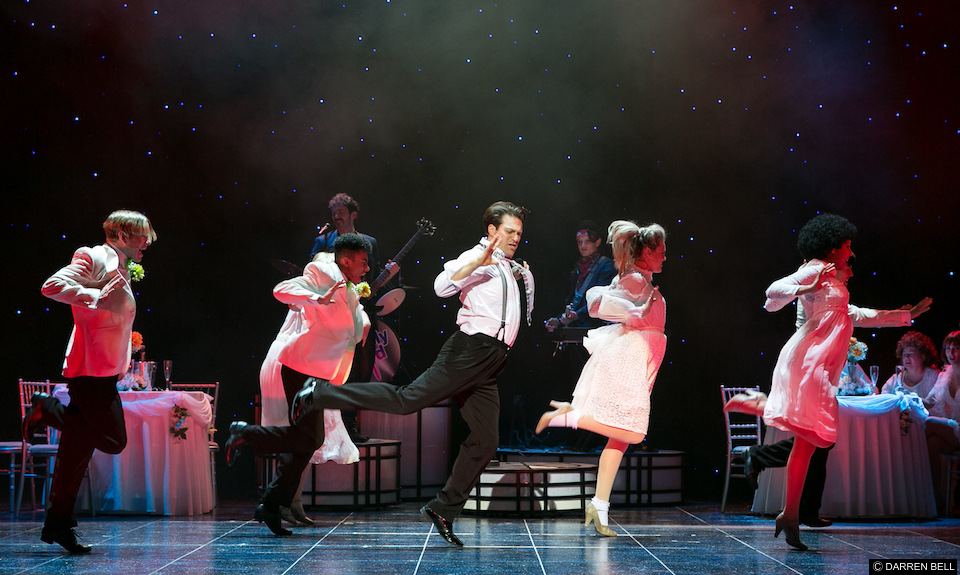 Robbie Hart is a popular wedding singer who has his belief in love shattered when he is jilted at the alter by his fiancé. But as he has promised to sing at the wedding of affable waitress Julia to her sleazy, materialistic boyfriend, Glenn, he spends his time helping her prepare for her big day. But amongst the gift registry and dress shopping, the two of them slowly fall for each other, and as Julia’s big day approaches, will they both find the courage to tell each other how they feel?

This 80’s set musical is based on the film of the same name and is packed with a full list of original songs, a smattering of ensemble pieces and a rapping granny. In terms of the cast, Ray Quinn (X-Factor) stood head and shoulders amongst the performers, with a good performance as Glenn, whilst Cassie Compton (X-Factor) and UK Eurovision singer Lucie Jones provided competent support and, to their credit, some superb singing.