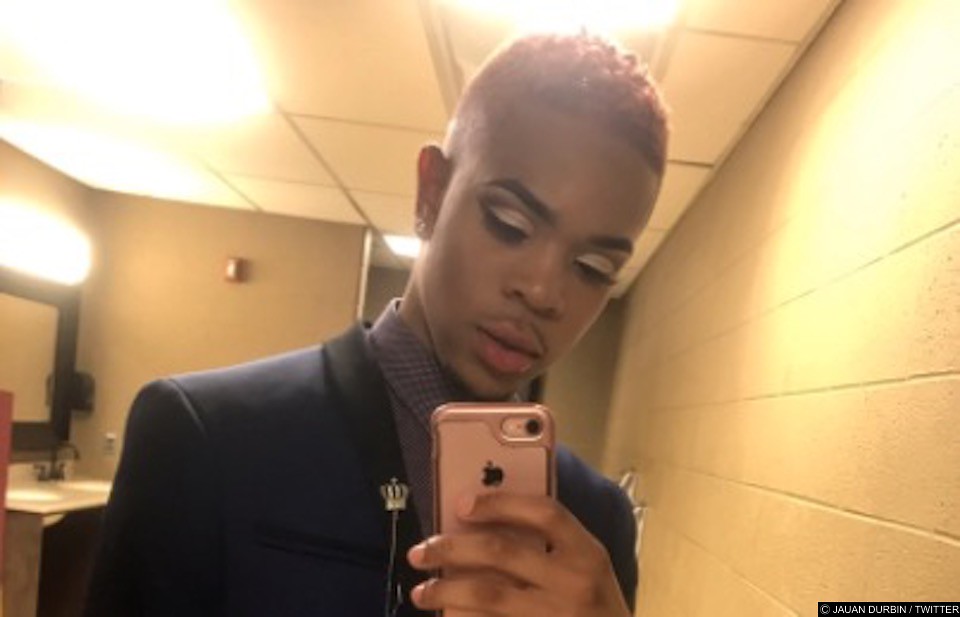 Jauan Durbin had a message from his mother saying that she was “disappointed” and suggested that something was “wrong” with the 18-year-old.

Sharing his heartache on social media, Jauan Durbin, a Morehouse College freshman, has found that there was a lot of support for him, despite a text message from his mother saying that she was “disappointed” and that she didn’t approve of him wearing makeup.

“I do not approve of this bullshyt,”

“Wth is wrong with u. I am so disappointed.

“U are a male wth do u have on eyelashes, eyebrows and make up. I’m completely done.”

He rather classily replied “ok”.

Sharing the screengrab Jauan said that the message sent from his mum hurt but was determined to “live in my truth until the day that I die.”

Lol, this hurts. It really does. But I’m going to live in my truth until the day that I die. pic.twitter.com/qXdzdnfJ1n

“I didn’t post the original screenshot to put my mom out there. It was more so that I knew there were other people out there going through the same situation that I’m going through, and many don’t know if there’s a way out of it,”