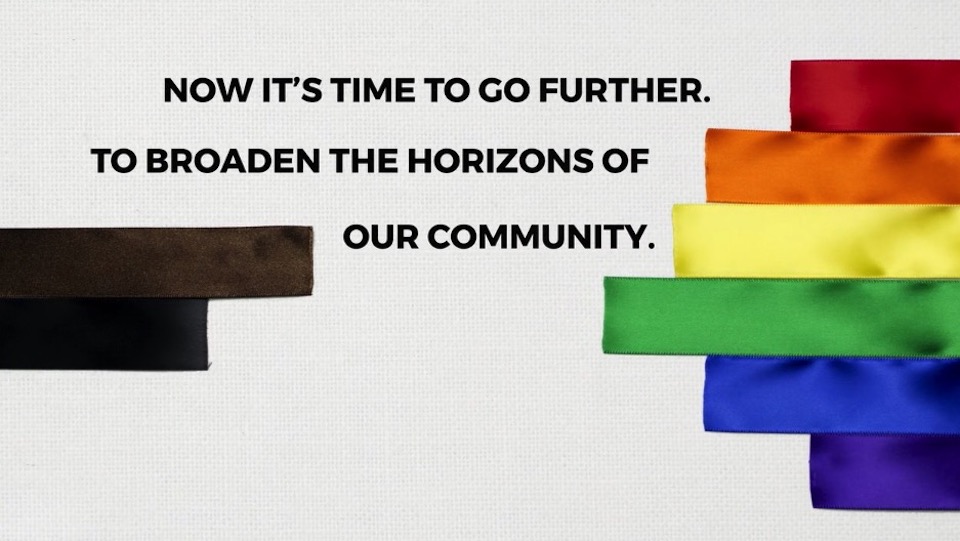 The US city of Philadelphia has added two more colours to the world famous and iconic rainbow flag to include brown and black in a bid open up a conversation about racial inclusion in the LGBT+ community.

Gilbert Baker‘s iconic rainbow flag has had an addition made to it in the US city of Philadelphia. The organisers of the campaign have added the colours brown and black to the flag and used the hashtag #MoreColorMorePride to drive awareness around inclusivity in the LGBT+ community.

“An iconic symbol of LGBTQ+ unity. So much has happened since then. A lot of good, but there’s more we can do. Especially when it comes to recognizing people of color in the LGBTQ+  community. To fuel this important conversation, we’ve expanded the colors of the flag to include black and brown.

“It may seem like a small step. But together we can make big strides toward a truly inclusive community”.