Which teas are the best for weight loss? 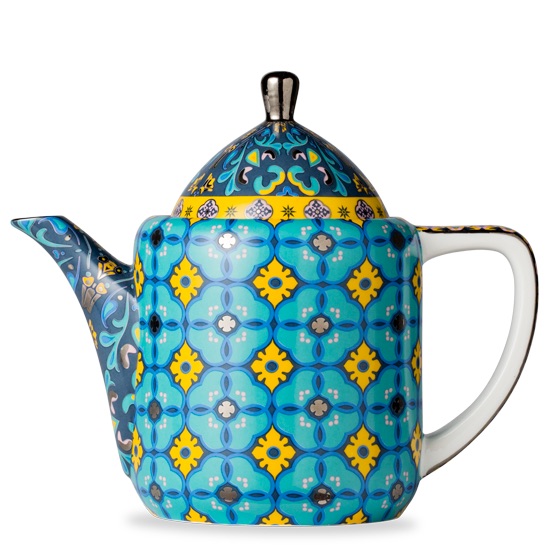 Far too often natural remedies burst onto the scene having been touted by celebrities as the next wonder supplement only to fade away again with little evidence of their efficiency.

Green tea has been an exception to this rule, however, with celebrities and nutritionists alike singing its praises and study after study highlighting its ability to aid weight loss. Off the back of green tea’s success, numerous ‘diet teas’ have emerged onto the market, but few have made an impact.

Natur Boutique’s new diet tea blend, however, has been put together by a team of expert blenders and nutritional experts to encapsulate both scientific evidence and taste and looks set to change the way we view ‘diet’ teas as it launches in Holland and Barrett stores nationwide this month.

The makers of the blend have chosen four teas that are known to help complement dieting, each thought to aid weight loss in a different way.

Green tea is the best known of the teas for its weight loss properties, with studies showing that it may work through a number of different mechanisms, ranging from decreasing hunger1 to increasing metabolism.

Pineapple tea is most commonly drunk for its taste, but the fruit is also packed with a natural substance called bromelain. Bromelain has been shown in studies to exhibit an apparent ability to slow down the growth and multiplication of fat cells.

Java tea isn’t normally associated with weight loss, but recent research is showing it appears to be able to help reduce body weight, appetite and fat levels; with researchers suggesting this is due to the plant enhancing the effects of leptin (a hormone associated with controlling appetite)in our bodies.

Finally, hibiscus tea is added for yet another potential weight loss mechanism and it is thought to help block the uptake of carbohydrate by the body.

The nutritionists haven’t had it all their own way though and the teas aren’t included in the blend purely for their physiological benefits. Like all the drinks in their unique range, Natur Boutique’s Diet Tea is registered organic. The company use only organic ingredients to produce their teas, not only because they believe it produces a fresh and more intense taste, but also because they care about the world around them and believe in the ethics of organic agriculture. The blend of organic teas creates a drink that is unique and refreshing and has a taste and aroma that will appeal to everyone, whether dieting or not.

Please note: pregnant or breastfeeding women should consult a doctor before use