Who is Rylan Clark-Neal married to and what is he famous for? 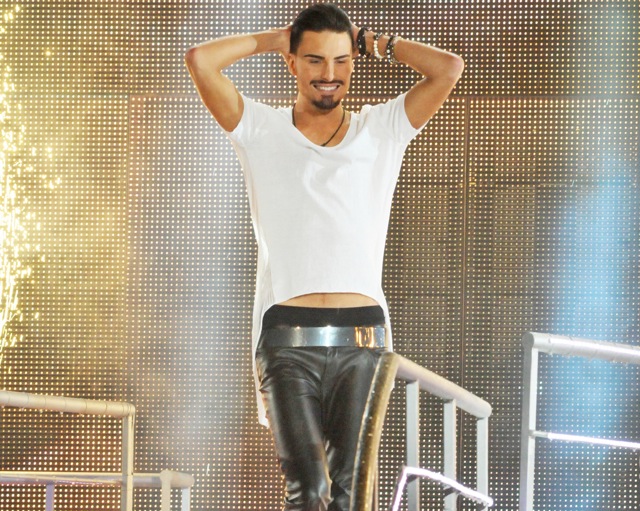 TV Presenter Rylan Clark-Neal made a name for himself on the X Factor but he was actually on TV before that.

TV Presenter Rylan Clark-Neal made a name for himself on the X Factor but he was actually on TV before that.

The openly gay TV presenter Rylan Clark Neal is most known in the UK for his presenting on This Morning and Big Brother’s Big On The Side, but before that he was a singer on X Factor and before that he was on a show called Signed By Katie Price.

After he appeared on Signed By Katie Price he was contacted by multi-platinum songwriter and producer Jake Hook, who invited him to record a single. The pair worked on a song called ‘Slave To The Beat’ with a view to release it to the UK market. Shortly after they worked together, Rylan auditioned for the X Factor and secured a place on the 9th series, where he placed sixth overall.

After X Factor, Rylan went on to star and win the 11th series of Celebrity Big Brother – for which he then became the presenter for its side-kick show, Big Brother’s Bit On The Side a show that he’s now fronted since 2013.

Rylan started to date Big Brother alumn and former policeman, Dan Neal, who appeared in the 14th series of Big Brother. Dan was evicted on day 44 of the series.

Dan popped the question of marriage to Rylan when they were on a romantic getaway in Paris. Since they’ve been together, Rylan has made it clear that he wants children, but so far the patter of tiny feet eludes the celebrity pair, although Dan has a son from a previous relationship.

Rylan and Dan got engaged in 2014 and finally married in 2015, Rylan’s surname changed to reflect the marriage, from Rylan Clark to Rylan Clark-Neal. Dan also changed his surname to add in Clark.