Sexy and sumptuous, although the mains are a little thin on the ground. 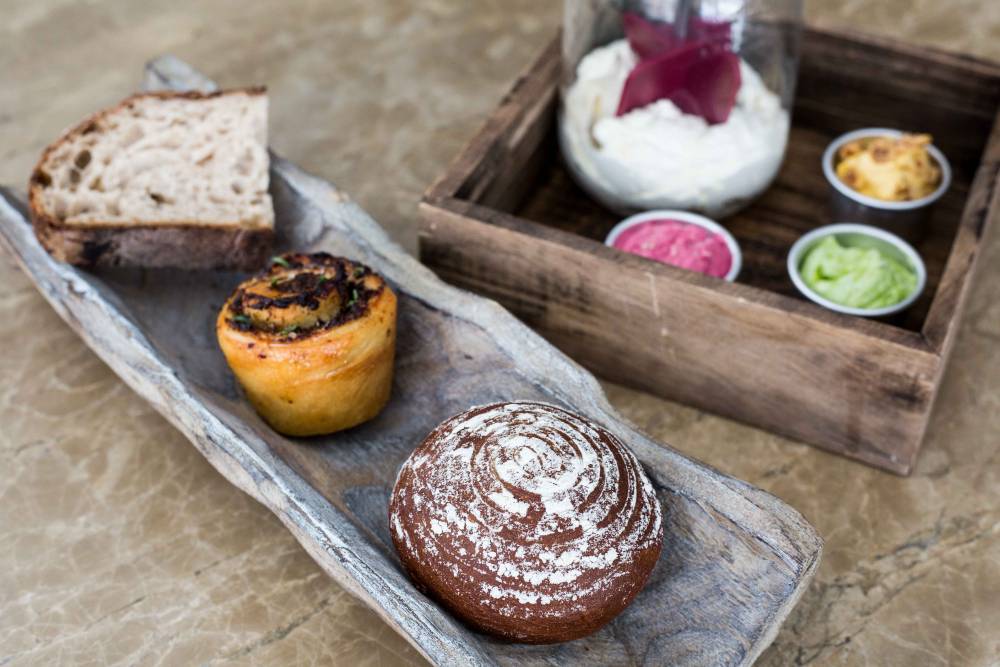 Who wants to have a heavy meal when it’s hot and muggy outside. Well, Plate restaurant offers a light menu that might satisfy you.

Plate Restaurant, located on City Road minutes from old Street station and in the flashy M by Montcalm Hotel, Plate, the first restaurant by acclaimed Chef Arnaud Stevens, adds to the re-invigoration of the neighbourhood by offering classy French/English dishes in a classy venue.

When you walk into the Montcalm, you enter into a world of elegance and sophistication.  Head to the restaurant, located upstairs, and it’s even more elegant, refined, and luxurious. 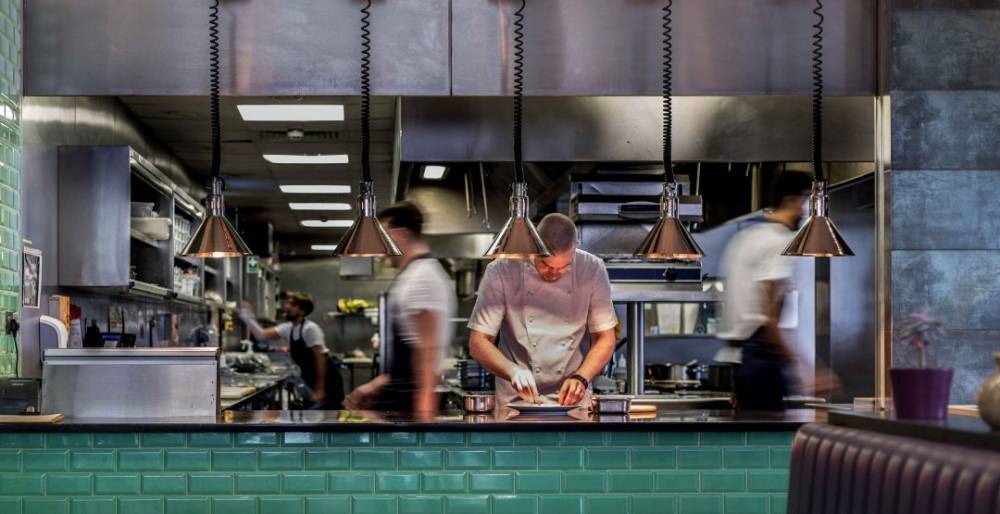 With a long streamlined bar and tables facing both City Road, Plate has floor to ceiling windows and more tables near the kitchen in the back. We started out with cocktails from their lengthy cocktail list. My dining companion chose the Tom Collins, which was exactly what he wanted – a light and refreshing drink. My Mint Julip sounded good at the time, but the Makers Mark Bourbon in it was extremely strong and powerful – pow! But we were treated to an absolutely fantastic Plate’s Signature Bread Flight Platter. An amazing array of butters (caramelized onion, salted and balsamic), were coupled with three types of bread (marmite, mushroom – shaped like a muffin – and sourdough) – all the butters were divine! This dish is highly recommended. Also highly recommended is the Norfolk Asparagus dish – another amazing array of flavour, which includes bits of warm pork, shallots, and an egg on top, with yummy char-grilled asparagus. Also delicious and fresh was the Sourdough Chili Avocado – and both starters were priced between £7 – £8 each – bargain!

The mains are a bit thin on the ground. My Creedy Carver Chicken Breast and Thigh consisted of two small pieces of chicken, coupled with two long carrots and lots of kale – with sumptuous gravy. My friend had the Salted Atlantic Hake – served with baby leek and courgette with vanilla mash. It was served in a bowl-sized plate – so all of the food was on top of each other. My friend said it was good, not great. Both dishes were £16 each, quite expensive for what they give you, so not great value for the money. British Isle Rump of lamb, or the Red Kuri Squash Gnocchi, might be better options.

We were advised by the very nice and professional waiter Amman to order sides, and I’m glad we did. The Caesar salad was topped with a crusty parmesan crouton, and the Agate potatoes were smothered in Cremé Fraiche and dill, both under £4 and both very necessary!

For dessert I had the recommended Coffee Brulee. It was wonderful, sexy and delicious. My friend had the Caramelised Chocolate Mousse, which was less mousse and more clumps of chocolate, served with a nice soft passion fruit-topped bread. And the topper, however, was the delicious coffee – Musetti – a hard coffee flavour without being bitter.

For something more relaxed, Plate Bake and Bar – artisanal bakery by day, cocktail bar by night – is located just below Plate restaurant on the ground floor of the M By Montcalm. It is the perfect light and airy space to enjoy a coffee and cake or post-work cocktail.

Chef, Director and owner Arnaud has worked with some of the world’s most renowned chefs, including Pierre Koffmann, Gordon Ramsay, Jason Atherton and Richard Corrigan, and his unique style at Plate stands out.

Plate Restaurant is a lovely place to spend an evening with cocktails and food made with care.