4 Tips To Going Nude In Iceland

As the name implies, Iceland is frickin’ cold. 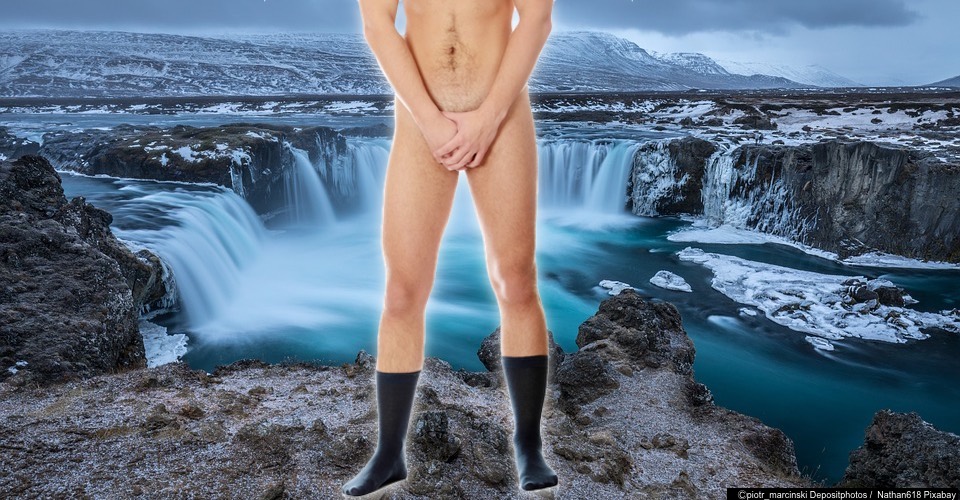 Although they may only get a few days of sunshine each year, Iceland’s summers make British summer seem positively balmy. So getting naked and wandering around in a field is not going to be an option for about 360 days of the year. I mean you could, but there’d be some serious shrinkage. However, we’ve never let that stop us before have we boys? 😉

So if you’re planning to bare it all in the barren countryside of the land of ice, here are a few things you should know before stripping off:

The cool and laid-back nature of Icelanders will have you thinking that nudism is widely celebrated like it is in many other European countries. In truth, nudism in Iceland is more typically done individually rather than in groups or at social gatherings, as it has only recently started to be popular. 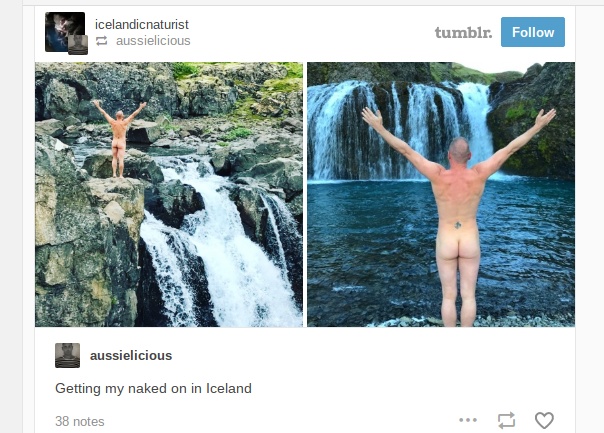 2. Spa does NOT imply nude spa

Unlike my recent trip to Germany which left me lacking a towel even when in polite company, Icelanders aren’t all about getting your bits out. Spas and swimming pools are a big part of Icelandic culture, but they almost always involve wearing swimming trunks. So don’t rock up to the Blue Lagoon with the D hanging out. You will be asked to leave. (However, the water is so opaque, I doubt anyone would notice if you stripped off while you were in there)

3. You MUST shower naked

Let me clarify that, as you probably shower naked anyway. You must shower naked before entering public pools or spas. There were even shower police on-hand in the changing rooms to make sure that you didn’t just rinse yourself in your swimmers. Showering thoroughly before getting into the spa is a topic of national importance in Iceland. So much so that this public service message was made to further clarify the issue.

4. Find a remote spot to strip off

Spas in and around the capital city tend not to allow nudity, likewise with the Blue Lagoon. And while there aren’t any official nude beaches or specific nudist locations in Iceland, the vast majority of Iceland is barren and remote, with plenty of natural hot springs and geyser dotted across its volcanic landscape. And while I wouldn’t recommend skinny dipping in a geyser as they tend to reach temperatures of 80-100 degrees Celsius, few people would judge you for stripping off in a secluded natural hot spring.

Maybe check out the Secret Lagoon, but be warned, there may be children there. And keep an eye out on social media for groups looking to promote naturism within Iceland. They will often rent out swimming pools after hours, or arrange nudist meetups in remote locations, which would be a great way to get nekkid and mingle with some Viking locals in the buff.

Be sure to let us know how you get on!