8 Netflix comedies series that are totally binge worthy this January 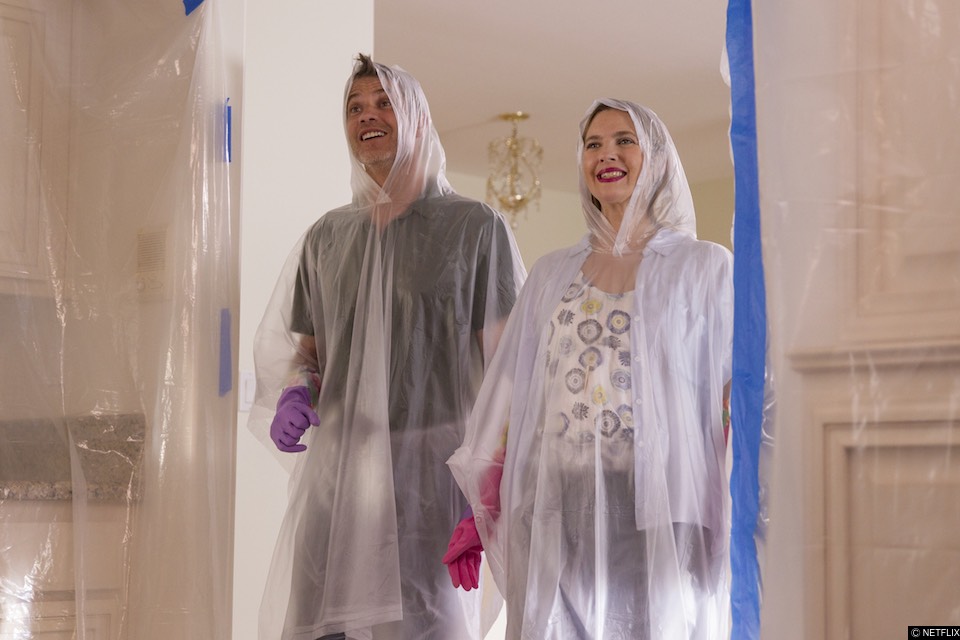 Let us help you pick your next comedy binge on Netflix.

It’s about a rich to rags family… Businessman Johnny and Soap star Moira Rose lose their fortune, but they still have their twenty-something-year-old kids (David and Alexis) – and a town called Schitt’s Creek, which the dad once bought for a joke. Starring Catherine O’Hara (mother from Home Alone) along with Eugene Levy (Dad from American Pie) and Dan Levy (his son).

New to Netflix, this is guaranteed to put a smile on your face. Due to an error, self-absorbed Eleanor Shellstrop arrives at the Good Place after her death. Determined to stay, she tries to become a better person. Starring Frozen’s Kristen Bell and Ted Danson. There are two series to dive straight into…

Joel (Timothy Olyphant) and Sheila (Drew Barrymore) are husband and wife estate agents in the US leading vaguely discontented lives in the LA suburb of Santa Clarita with their teenaged daughter Abby, until Sheila goes through a dramatic change sending their lives down a road of death and destruction…but in a good way.

Girlboss is inspired by the New York Times best-selling book #Girlboss by Sophia Amoruso, founder of the fashion brand Nasty Gal. The series centres on Amoruso (Britt Robertson), who began selling vintage clothes on eBay and, by the age of 28, had built the multi-million dollar fashion empire, Nasty Gal.  Unfortunately, Netflix hasn’t commissioned this for a second series, which is a shame.

Atypical is a coming of age story that follows Sam (played by Keir Gilchrist), an 18-year-old on the autistic spectrum as he searches for love and independence. While Sam is on his funny yet emotional journey of self-discovery, the rest of his family must grapple with change in their own lives as they all struggle with the central theme: what does it really mean to be normal?

Now in its third series, Unbreakable Kimmy Schmidt has been a runaway hit for Netflix. Kimmy, who has been living in a cult for 15 years, in an underground bunker, comes to terms with life in New York.

In Grace and Frankie, Jane Fonda (“Grace”) and Lily Tomlin (“Frankie”) star as two women whose lives are suddenly turned upside down when their husbands reveal they are gay and leave them for each other. Both sparring partners and partners-in-crime, they form an unlikely bond to face an uncertain future together and discover a new definition of “family,” with laughter, tears and plenty of mood enhancers along the way