The Mockery Of A Three Star Review

The 80’s yuppie years were good to Suzuki’s little go-anywhere-carry-cart. Young 20 year olds with red braces and mobile phones the size of a house brick would go off to Majorca for 2 weeks to get some sun. To get around they would hire a car and more often than not, the Suzuki with its allure of open top motoring would be hired. This translated into sales in the UK when they got home and soon the Suzuki SJ was as much a part of the 80’s landscape as a Porsche 911 Turbo and naked girls in a Duran Duran video.

Open top jeep type little fashion accessories suddenly popped up in music videos and TV consumer programmes but not always for the right reasons. Bros used Luke’s Jeep in their video ‘I Owe You Nothing” It wasn’t an SJ but a big American Jeep CJ. It was a 1979 model and by 1988 it was old and dated. 5 Star were hustled along in a Citroen Mehari. One-hit wonder Spagna had a Suzuki SJ come to her rescue. Open-top jeeps were a wanted thing for the city dweller and Suzuki had caught the British imagination.

The SJ had three things in its favour. Relatively cheap to buy, very cheap to run and could, if you wanted to, go almost anywhere. This wasn’t just a vehicle to pose on in the pub carpark. It also had one major failing. It was ruddy awful to drive at anything over city speed limits. The live axles suspended by cart springs did nothing for the handling or day-to-day running. Not that this stopped the public buying them and the subsequent two generations that came afterwards.

As a footnote for the history nerd out there, the Suzuki 4×4 has been with us for 50 years and seen only 4 generations of change. Its life has been longer than that of the VW Golf and seen just half the development changes. In fact if you look at the icons of the 20th century, the Jimny has outlived the much loved Mini and 2CV and yet it is hardly mentioned when people talk about the ‘World Car’. And it’s quite significant and only beaten by the VW Beetle if you include the 25 years where it wasn’t officially available in Europe.

New Jimny by comparison to the old is a revelation. Ride quality isn’t as bad as it once was. Gone are the cart springs and instead it now sits on 4 coil springs. Considering its diminutive wheelbase and angles of articulation afforded to the Jimny because it is a proper little off-roader, it felt quite muted. It didn’t crash in a spleen adjusting kind of way over some of the worst roads I traveled on.

Ditch In – Dig Out

The same applaud can’t be given to the handling. It really isn’t the best. At worst it will oversteer with little effort, at best you can use the capable 4WD system to get yourself out of the ditch. Used appropriately and you won’t have much trouble. The 1.5 petrol engine sort of sees to that anyway. Its maximum powers arrive high up in the rev ranges and because of the Jimny’s agricultural configurations, it voices these well through the chassis and into the cabin.

Transmission noise was something I’ve not heard of in a long time but you will need to get used to it. There is much of it should you wish to push on.  And push on you will especially when confronted with a hill when at speed. Above the national speed limit, he 100hp engine runs out of puff in 5th and the change down, through the long throws of the gear lever, are easy. Stick to 70mph and it shouldn’t cause much of a problem.

The steering is of the muted kind. It doesn’t give a lot of feel though I never found this much of a problem unless I harassed the Jimny into doing something I shouldn’t have. It feels quite low geared and when you do provoke it to kick out, you need to twirl your arms quickly if only to keep the momentum. That is at the extreme because off road, it translates to very little kickback and the one thing you don’t want is thumb breaking kick back from a rapidly correcting steering wheel.

Acceptable But You’ll Love It Anyway

Equipment and price feel a little on the high side. There are better cars out there for less but they are less capable of getting rough and dirty. Equipment on this top of the range SZ5 model is generous. Climate control, cruise and limiter are standard. It also includes auto dim/dip headlights and forward collision mitigation alarm. Infotainment is the standard as expected with DAB and in-built Satnav. It’s just a shame the screen isn’t user friendly with its flat universal positioning and not angled towards the driver.

Real world usage makes this a 2 seater with luggage or 4  seater and nothing else. The boot really is non existent. 85 litres of luggage at minimum is smaller than you think. Where it plays its ace card is its adaptability of moving, folding and reclining the seats. To fit 6 ft planks of wood inside proves to be rather easy. 2 air mattress on top of the folded seats and you have yourself a large double bed.

And there lays a Tardis type of a problem. Shoulder width is huge for such a small car and rear seat leg room, more adequate than many city cars I’ve travelled in. And yet it is totally useless in the rear from most aspects.

You Can’t Be Harsh To It.

So to the new Jimny of 2019 and the big question. Is it any good? To answer that we need to remember what this is, what it does and do we care enough and what us motoring journalists have to say about it. Ask any owner of the previous model and they won’t really care what we say.  The Jimny is a cute looking box that does what you expect it to do.

With this in mind, the answer is it isn’t very good. But I don’t care enough to pick holes in its faults of which there are plenty. I’d gladly take one and be happy with it and chances are you would too. It has a lot of anthropomorphism in it that combats its failings. It’s just a shame there is a waiting list of over a year and no canvas top model in the pipeline.

Compact and easy to park 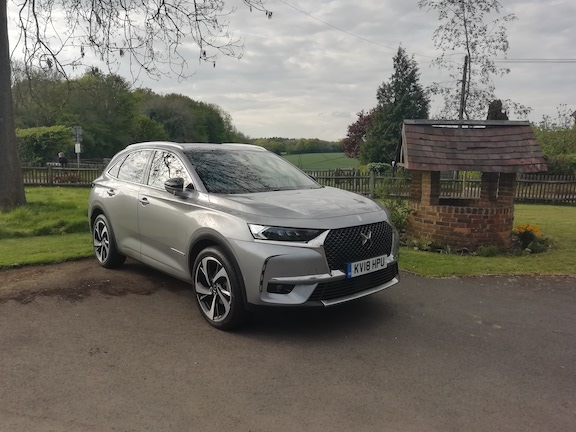