COMING OUT: Don’t feel you are the only one out there because you are not 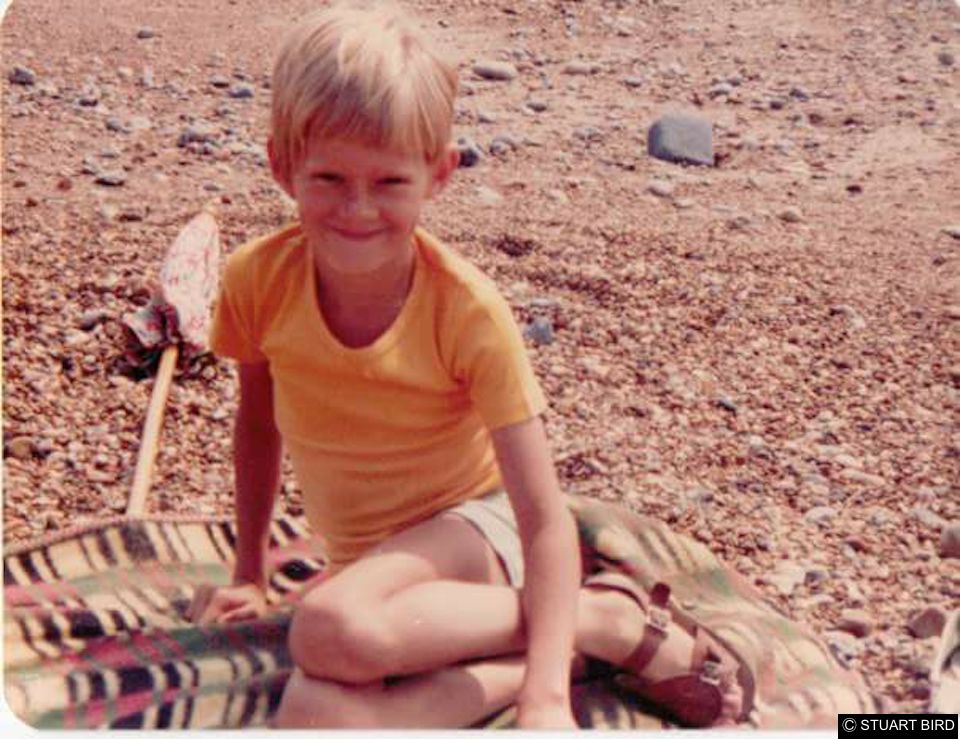 I find this quite easy now. I find it quite laughable really. December will be 25 years after the event I look back on as my coming of age and l look at it now with fondness. It would be another three years before I finally told someone.

When I think back, my coming out story is quite dull. I was raised in a loving family. Your typical 2.4 family of father, mother and older sister. We had a cat. In actual fact, we inherited the cat. From the outside and inside we were just your average family. My parents worked, my sister and I were “latchkey kids” as they said in the 80s. Quite dull really except for a grandmother who smoked about 80 a day and would be ever so slightly inspirational to me as I got older. A tidy home is a happy home she once said. It’s true. Also, I was too busy with my cars to be into finding a girlfriend she once said. She probably knew my secret.

From the moment I saw Lewis Collins in The Professionals something clicked and I then liked real men. That was around the age of five. Perhaps it was the screaming cock rocket that was his Ford Capri that did it for me. Or the Ladybird book where all the vehicles had faces on and the leatherman on the motorbike filled me with excitement. I wasn’t quite sure what it was, but there was something strange, and at that age, it didn’t seem odd at all.

It wasn’t until one day in the summer of 1987 while walking across the field at school that I saw him. Danny. He’d left that year. I’d seen him around school. Highlighted hair (hardly masculine, give me a break though as this was 87!) and as far as I was concerned, a bad boy. He smoked. That weekend was the first time I masturbated. I honestly thought I was going to piss myself. I grabbed hold of my penis as hard as I could. I couldn’t leave my bedroom because my mother was outside on the landing hanging clothes on the dryer. I used the wastepaper basket.

I managed to reach 17. I’d passed my driving test and had some wheels. I was free to roam. I wouldn’t park the car in the nearest cruising ground. It was a bright blue Citroen Visa, and there wasn’t another around for miles.

I crashed that car sevens months later. Bought another and then it all became too much. Knock knock. Who’s there? A breakdown and I don’t mean mechanical.

It all came to a head.

Years of making new year’s resolutions NEVER to wank over a man again had got the better of me and the emotions, and inner torture exploded. Keeping this queer secret from all around me, my best mate, the new friends I made after school all and in work got the better of me. I turned to eating to control things.

Being a gawky lanky teen, I managed to get my weight down to 7 stone. I know when I need to take back control because I turn to food. I remember breaking down in front of my doctor. I was in love with a friend. I hated work. I was dissolving in my own hatred for myself almost to the point of loathing my own existence. I didn’t really care anymore. If it wasn’t for being able to drive away for hours on end who knows what would happen.

Music was a life saver. Karen Carpenter’s words always helped during my school years. At the time of it all going off for me, Right Said Fred’s “Up” and Erasure’s ‘Chorus’ album offered solace. One particular song from the Erasure album can still reduce me to tears. Music is amazing. If you find a song that means so much to you, own it. Enjoy it. One day it will be your guiding light. It will offer you laughter and sanctuary when you need it.

So there I was, sobbing my heart out to my doctor. My family doctor who just sat there. He didn’t even offer me a tissue. This was the doctor who would also ram his finger up my rectum many years later when I had a fissure tear. I’m sure if it wasn’t a tear then, it was afterwards but that story is for another time perhaps.

I had a referral to see a psychiatrist. Being the NHS, the referral time felt lengthy. The time came, and I had my first appointment. On that day my new car (another Citroen Visa for £350) had just lost all gears. It was December 23rd, 1992. I sat there talking to a man who seemed less interested in what I was saying and more concerned by everything around him including the magnolia painted walls.

A few more appointments were had until I met with another psychiatrist. She listened to me, and at the end, she said seven words; “I really don’t know why you’re here!” You might think that harsh when I had struggled to come to terms with my homosexuality for the past six years but it really wasn’t. I needed to hear that. I walked out of the consultation room and never went back. I started to own it. I got me back. That Christmas morning while listening to Madonna’s Erotica album, I was under my new car putting a massive 17mm bolt back onto the gear linkage. The road to recovery was beginning. That turning point has never left me.

It would be another three years before I told the first person and even then I told them I was bisexual. Laying across his parent’s dining room chairs, I came clean. But this didn’t alter our friendship. He just said “oh”. I soon realised that people were accepting. If they couldn’t then I could choose to leave them. And that’s what I did with some. I had become stronger in more ways than I now realised. I soon left the three groups of friends I had made during my growing up phase. At this time, however, I was not alone anymore. I had made gay friends and started to worship Kylie in her rightful place, the church of a nightclub.

It was a slow process. Nine years in total. From that moment in the school field to coming out. Much had happened. Much I won’t divulge – never kiss and tell. That’s just tacky. But always remember that you are not alone. There are many of us out there. Just look at the classic car show at the NEC in November. The Gay Classic Car Club might have had a stand, but its members’ cars were darted around on other stands over five halls. We gays get about.

There will always be those who won’t accept it, and you need to be strong and honest and leave them behind. There will come a time when you look back like I am now 25 years later and say, “I did good”. You might even find those you left behind make contact via social media platforms, and I guarantee you you’ll sit back and be relieved that you moved away from them. It was hard at first and filled with fears of isolation. I got over it though. I climbed that wall that turned out to be no higher than a low wall with a gated driveway in it. Ok so no wall was climbed, I just opened the gate and walked in.

If I hadn’t taken control of it, it might have turned out differently. So don’t feel you are the only one out there because you are not. Get street smart, take control and own your destiny. It didn’t feel like it back in the 90s, but it sure does feel like I did that now.

And now I am left with people who like me and more importantly, I really love them. They accept me for who I am, evil bitchy queen comments and all. Hindsight is a beautiful thing. If I had been given it back then and shown where I would be 25 years later would l have done anything differently? Not a chance. Well perhaps somethings I would tweak a bit and maybe not get involved with one or two people but those experience and situations make you who you are and you, yes you, are beautiful no matter what they say.

In all this time there was one person who knew everything. I told my cat everything. Drying my eyes on his fur. He was my soulmate. And it’s to him, Ruffles, which I dedicate this heartfelt story too. The cat I told EVERYTHING too.